Liz & Dick turns in mediocre ratings as Lindsay Lohan goes back to the drawing board for her big comeback. 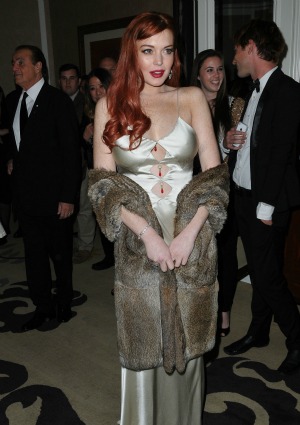 Were you one of the 3.5 million viewers who watched the Lifetime movie Liz & Dick last night? The biopic, starring tabloid favorite Lindsay Lohan, did respectable numbers, but it was not the ratings blockbuster the network had hoped.

The film, which was widely panned by critics and viewers alike, was the fourth most-watched film of 2012 on the cable channel. Coming in first was the mega-hit Steel Magnolias, which garnered more than 6.5 million viewers. That was followed by Drew Peterson: Untouchable and Abducted: The Carlina White Story.

Given the amount of promotion and attention behind the film, the fact that two crime-drama stories came in ahead of the Lohan vehicle is a bit surprising. The Lifetime movie was a trending topic on the social media giant, Twitter, as people held viewing parties and tweeted their opinions of the dialogue.

That was also the reaction of the audience, who often commented on her inconsistent accent and the lack of chemistry between her and co-star Grant Bowler, who played Richard Burton.

The Mean Girls actress had been hoping that this film would be her big comeback into the acting world after years of arrests, court appearances and tabloid chatter. It seems that the 26-year-old has a ways to go before her comeback is officially heralded.

If you missed Lohan’s big TV movie debut, you can check out the Lifetime flick again on Monday night at 8:00 p.m.