The writer recently revealed that he wrote an episode of the show in its infancy, before his career had gotten off the ground. The people behind The Simpsons were honored enough to announce they would produce that episode. 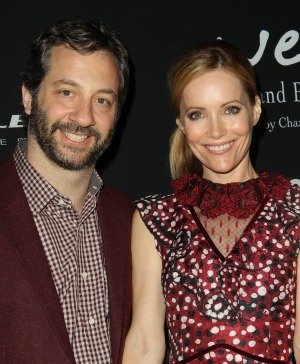 Judd Apatow may be called one of the top comedy writers in Hollywood today. But 22 years ago, he was an up-and-coming writer just trying to make it. He recently revealed that he wrote his very own episode of The Simpsons — in 1990.

Apatow is now known for his comedy films, like The 40-Year-Old Virgin, Knocked Up, Funny People and a new film, This Is 40. But Apatow explained what his Simpsons episode is about and how it has affected every film he has made since that first script.

“What it was about was they went to see a hypnotism show and at the hypnotism show, they made Homer think he was the same age at Bart,” Apatow told the website. “And then the hypnotist had a heart attack. So now Homer and Bart became best friends and they spent the rest of the show running away because Homer didn’t want responsibility and didn’t want to be brought back to his real age. So I basically copied that for every movie I’ve made since.”

According to Slate.com, Apatow recently told Conan O’Brien that the TV show has decided to produce his episode and air it next year.

His film This Is 40 is a continuation of a storyline of Knocked Up. It stars Paul Rudd and Apatow’s own wife, Leslie Mann, as well as their children, Maude and Iris Apatow. The movie follows Pete and Debbie from Knocked Up a few years after that movie ends. This Is 40 will be out Dec. 21, 2012.