Mariah Carey is tweeting her anger over a spat with an American Idol judge, but this time Mariah Carey has nothing to do with it. 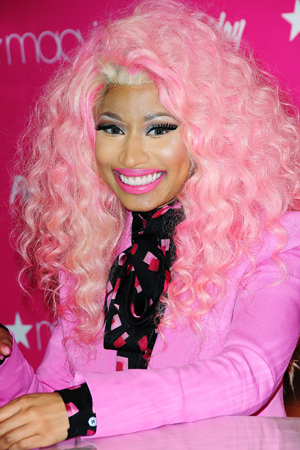 Former American Idol judge Steven Tyler apparently isn’t too fond of the new judges on the show — and he’s not afraid of showing it. The Aerosmith front man told MTV News that Nicki Minaj and Mariah Carey need to get over their egos to help the young contestants on the show.

“These kids, they just got out of a car from the Midwest somewhere and they’re in New York City, they’re scared to death; you’re not going to get the best [out of them],” he told MTV. “If it was Bob Dylan, Nicki Minaj would have had him sent to the cornfield! Whereas, if it was Bob Dylan with us, we would have brought the best of him out, as we did with Phillip Phillips. Just saying.”

Nicki Minaj is all about the “tough love” on Idol >>

Well, his “just saying” just started a new feud — between him and Minaj, of course.

“Steven Tyler said I would have sent Bob Dylan to a cornfield??? Steven, you haven’t seen me judge one single solitary contestant yet!” she tweeted on Monday afternoon.

“I understand you really wanted to keep your job but take that up with the producers,” she added, alluding to Tyler’s being fired from the show. “I haven’t done anything to you. That’s a racist comment.”

She wasn’t done there.

Who wore it better: Nicki Minaj or Julie Bowen? >>

“You assume that I wouldn’t have liked Bob Dylan??? why? black? rapper? what? go f**k yourself and worry about yourself babe,” she said.

“LOL lets make him a shirt that says “No Coloreds Allowed” then escort him down 2 Barbara Walters so he can tell how he was threatened w/guns,” she continued, referring to Carey’s interview with the veteran newswoman about their feud.

“When Steven 1st went on Idol he was ridiculed by his peers & fans alike. Called a sell out. So what does he do? Ridicule the next judge.”

Do you think Nicki Minaj is right about Steven Tyler, or should she just chill out?