If you’re a little worked up about the impending series finale, we understand. Prepare to get even more stressed out with this new sneak peek. 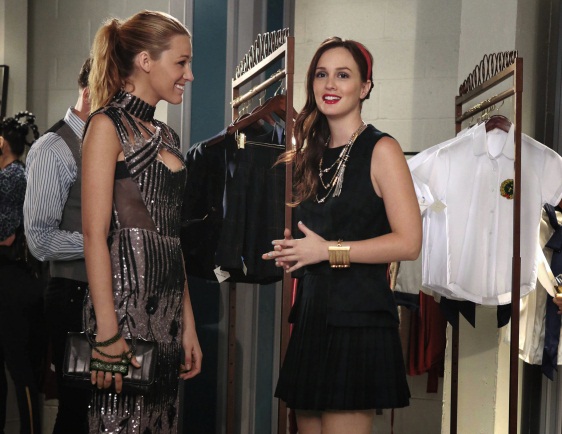 The end is near for Gossip Girl fans. On the up side, as the series finale draws closer, the scheming on Gossip Girl returns to its glory days. Sage’s role on the show finally begins to make sense as she brings the return of high-school antics to our favorite Upper East Side gang.

Last week we watched as Dan (Penn Badgley) and Serena (Blake Lively) finally reunited, bringing a glimmer of hope to the lives of GG fans. This week, the couple learns that if they want to be taken seriously by their friends and family, they must own up to their past mistakes. Dan needs to fix the damage done by his writing. Meanwhile, Serena must apologize for… being a drunken, self-centered girl?

It looks like Serena will make amends by helping Blair (Leighton Meester) in her final attempt to prove herself to her mother. It isn’t all about wheeling and dealing, though. It looks like the two might actually return to being BFFs! All is (almost) right in the world. Especially when this week’s awesomely cryptic promo begins with Blair advising Sage.

“If they don’t do what you say,” says a shifty-eyed Blair, “You spill their secrets.”

Be honest: You know you let out an evil cackle at that line. Blair knows a thing or two about controlling others. She’s been telling people’s secrets since the dawn of time (read: 2007, when Gossip Girl premiered). So, why is Blair giving advice to Sage? Blair’s going to need Sage to assert her power over her friends this week as she uses the high-schooler’s fashion sense when she makes her case to her mother. Eleanor Waldorf must continue to let Blair run her business.

The latest promo isn’t all fun and games, though.

During one gasp-worthy scene, Chuck (Ed Westwick) whisper-speaks to Blair, “We can’t be together.”

Will Chuck really call off his quasi-engagement to B or is this just some editing trickery from The CW? There might be a few panic attacks during “Save the Last Chance” as we all wait and see.

We’ve got less than a month until Gossip Girl passes on her last juicy tidbit. We want everything to work out perfectly, but we’ll just have to wait and see

Gossip Girl comes back to life
Who is Gossip Girl? The cast reveals their best bets
Gossip Girl recap: Portrait of Absurdity