7th Heaven fans are in mourning over the loss of the woman best known as Aunt Julie. Deborah Raffin, who played the beloved character for 11 years, has died. 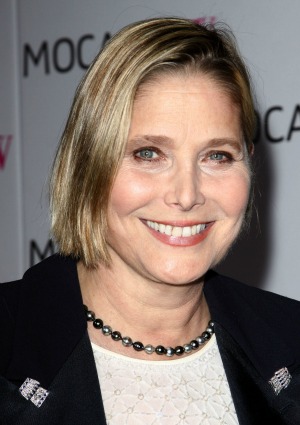 Deborah Raffin lost her battle with leukemia last Wednesday at the age of 59. As word of her death spreads, fans and famous friends remember the actress who spent 11 years portraying 7th Heaven‘s Aunt Julie.

News of Deborah Raffin’s passing on Nov. 21 has been confirmed by the Los Angeles Times, which reports she is survived by a brother, sister and a daughter named Taylor Rose Viner.

Though her family certainly knew of her health struggles, many fans were not aware the star, who was also a successful book publisher, had been battling leukemia for about a year.

Although Deborah Raffin’s film career began in the 1970’s with movies such as 40 Carats and Once is Not Enough, it was her 1996 to 2007 stint as Aunt Julie on the CW’s 7th Heaven that is being fondly recalled by many.

Former costar Beverly Mitchell tweeted Friday, “Very sad to hear about the passing of a great woman, Deborah Raffin. She was not only an incredible actor but a beautiful soul. #RIP”

Beverly Mitchell is in 7th Heaven over baby news >>

Shawn King, wife of Larry King, tweeted, “Very sad to hear of the passing of my dear dear friend Deborah Raffin. Although I know life is eternal, my heart is heavy.”

“So sad,” one Twitter user and 7th Heaven fan wrote Monday in response to news of Raffin’s passing. “I’ll never forget when Aunt Julie beat up Simon for booze.”

“The first episode of 7th Heaven I ever saw was one focused on Aunt Julie. And I was hooked from then on,” another fan recalled. “Rest in peace, Deborah Raffin.”