Weight Watchers celebrity spokesperson is losing too quickly, according to company guidelines. 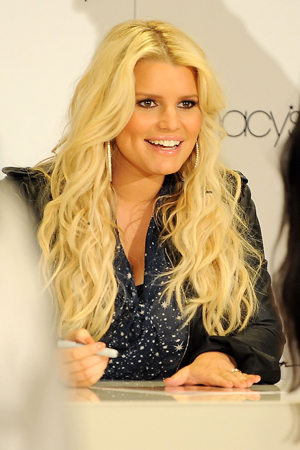 Oddly, the quick loss seems to contradict both Weight Watchers’ recommendations on weight loss, and Simpson’s own statements about dieting.

Jessica Simpson shows off her figure >>

“Weight Watchers isn’t a diet or a quick fix. It’s a lifestyle that lets me eat what I want at home, at restaurants, wherever. Without feeling deprived,” says Simpson on the official Simpson Weight Watchers page.

So what you want to eat, according to the diet plans TMZ obtained, is three smoothies and two small snacks a day?

That’s what Simpson was reportedly eating during the first phase of her it’s-not-a-diet, according to the documents obtained by TMZ.

That early phase then made a transition into a more normal diet, with chef-made treats whipped up for Simpson at home, including egg-white omelets and flank steak.

However, Simpson’s weight loss has been extraordinarily quick. Weight Watchers recommends losing no more than 2 pounds a week, cautioning that a faster loss can lead to health risks and rebound weight gains.

Simpson lost 60 pounds over 16 weeks, at least double the rate recommended by Weight Watchers, which hasn’t commented on Simpson’s most recent announcements.