Mega-hotties Eric Bana and Charlie Hunnam star in this creepy, violent tale of greed that culminates in the worst turkey dinner every recorded on film. If you thought the holidays with your family were rough, this movie might have you thinking Christmas dinner with your in-laws won’t be all that bad. 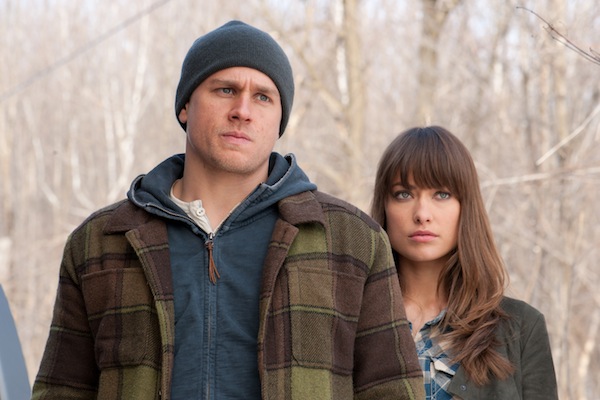 3 stars: Perfect for fans of Charlie Hunnam and Eric Bana

Siblings from the Deep South, Addison (Eric Bana) and Liza (Olivia Wilde) think they’ve pulled off a clever casino heist until they wreck their getaway car in a white-out snow storm in northern Michigan.

After Addison shoots and kills the responding police officer, brother and sister decide to split up, each taking a bag stuffed with half the cash they stole.

It seems a bad idea for little Liza to be traipsing through the snow in her sequined dress, but lusty brother Addison tells her to wait by the side of the road for some local to pick her up and instructs her to use her “feminine wiles.”

The lingering eye contact between brother and sister imply some kind of incestuous connection, either emotionally or physically. Creepy, but if sexy Eric Bana was my brother, let’s just say I’d at least consider it. 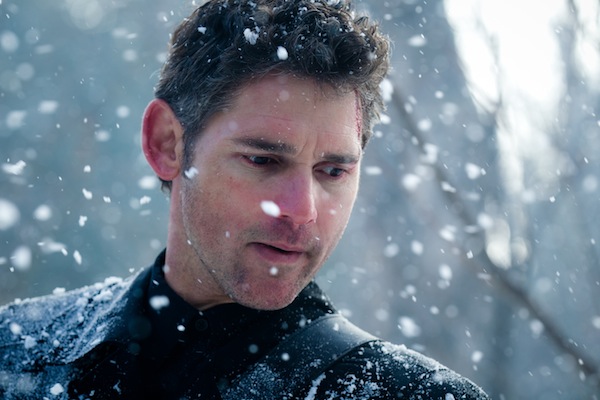 Meanwhile, Jay Mills (Charlie Hunnam), an ex-Olympic boxer is released from prison. He was serving time for fighting in a rigged boxing match in which he was paid to get knocked out. He’s headed home to reunite with his doting mother June Mills (Sissy Spacek) and begrudging father Chet Mills (Kris Kristofferson). On his way, he happens to see Liza shivering by the side of the road. He rescues her from the elements and is thoroughly bewitched by her beauty and Southern charm.

One of the best scenes in the film is when Addison, who’s battling the blizzard on foot, comes across a Native American repairing his snowmobile. Addison attacks, but the man has plenty of fight in him and manages to slice off Addison’s finger. Addison eventually makes off with the snowmobile, but the vehicle poops out and he’s again relegated to walking through the ice and slush. 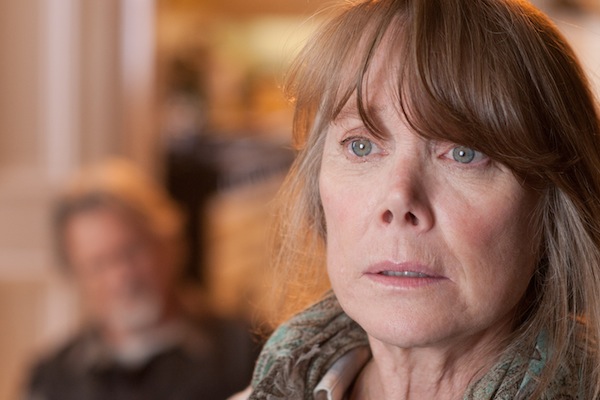 With a tip from Liza via her cellphone, Addison eventually makes his way to the Mills’ home, where he’s met by Jay, Liza and Hanna (Kate Mara), a young local cop who’s desperate to prove her worthiness. This homecoming is orchestrated danger, conducted by sadistic Addison who isn’t too happy to discover Jay is sweet on his baby sis.

Handcuffs, a carving knife stabbed through Jay’s hand, and homemade pumpkin pie are the new holiday tradition at the Mills’ home, resulting in serious consequences and perhaps a slice of redemption. 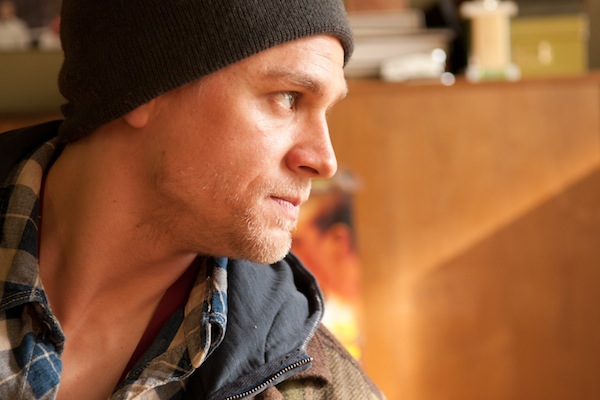 Charlie Hunnam shows his softer emotional side, setting him up as Hollywood’s next romantic leading man. Sissy Spacek and Kris Kristofferson delight as the salt of the earth married couple, who value family above all. Olivia Wilde is perhaps too beautiful and put together for having been caught in a car wreck in the middle of a blizzard, but Eric Bana warms up the screen with dark charm and a stellar Southern accent.

Bottom line:  This movie has fantastic acting while exploring family dynamics that are both troubled and familiar, but the competing story lines often feel forced and a tad too convenient. Between staring at Charlie and Eric however, you may not even notice the story flaws.