This psychopathically slanted, uber-violent tale about some not-so-wise-guys condenses American capitalism into one bloody bullet shot softly into the head. Heavy-hitters Brad Pitt, Ray Liotta and James Gandolfini tell this gritty Mob story against the backdrop of the 2008 financial collapse with vitality and wit. 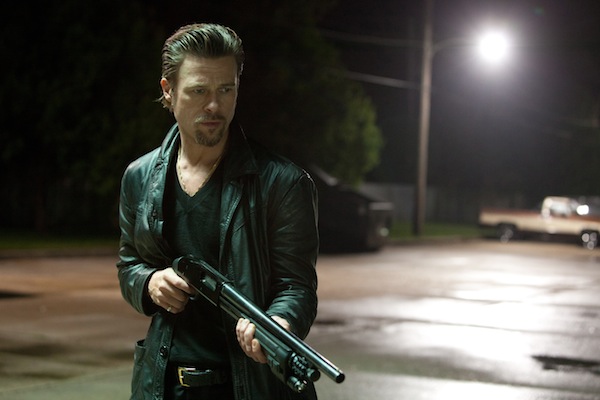 Markie Trattman (Ray Liotta) is the king of underground gambling and had even hired thugs to rob his own card party decades ago. Squirrel knows Markie’s shady past is common knowledge and supposes that if Markie’s poker parlor were to be robbed again, most folks would think it was Markie calling the shots, just as he did before.

Squirrel, Frankie and Russell test this theory and make off with nearly a hundred thousand dollars, but getting away with a crime against criminals is easier said than done. 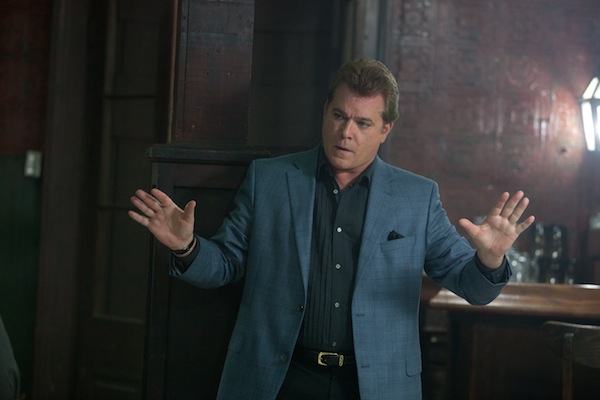 That’s when Jackie (Brad Pitt) is called in to restore equilibrium to the greedy, seedy underworld of the Mob. After all, when the gangsters are stealing from each other, something must be very wrong in gangland.

Jackie calls in Mickey (James Gandolfini) for backup, but is disturbed to find this former tough guy is soft as a rum-soaked peach. But not to worry, Jackie’s mind is sharp as a straight razor and he doesn’t mind doing the killing himself, as long as he can do it at a distance. All the pleading, crying and peeing men do when they know they are about to be executed is too stressful for Jackie. He likes to kill his targets “softly,” without the pity party. 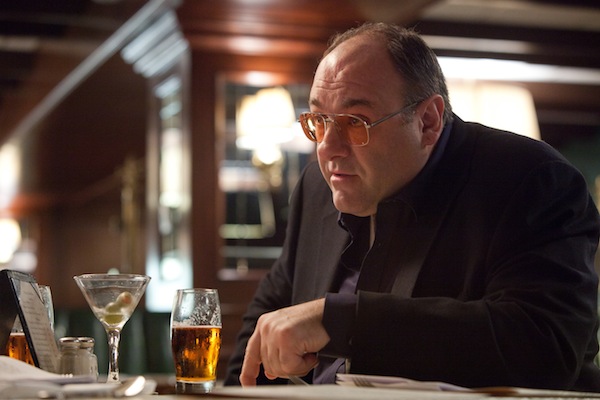 Using radio sound bites and CNN clips of George W. Bush during the darkest days of the financial crisis, Killing Them Softly cleverly satirizes the Mafia and their gluttonous misdeeds. The Mafia, like Wall Street, has no regulation. Left to their own devices, this greedy lot cannibalizes itself, just as the housing market did with subprime loans. Wall Street and the Mob represent capitalism at its worst.

Nice guys beware: Brad Pitt swelters as Jackie, burning with the cowboy swagger of a young Clint Eastwood. He breathes and sweats bad boy with a heart of coal. He’s the type of guy who could ruin a nice girl and make her thank him at the end of it.

James Gandolfini plays aging mobster Mickey without the brains or machismo of Tony Soprano and is absolutely hypnotic. Swilling booze, his pathetic, mumbling monologues about his wife threatening divorce steal every scene as he bullies bartenders and prostitutes.

Bottom line:  This movie is extremely violent, but one of the best films of 2012. If you love your crime dramas gritty and bloody, you’ll love this movie. Enjoy!