When McKinley begins to unravel, the latest batch of superheroes take over to save the day! Which Glee superhero was your favorite? 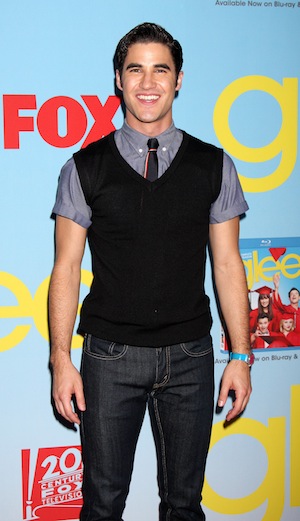 Superhero clubs. Jockstraps on faces. Dyslexia. Who has what?

This episode certainly made me laugh out loud a few times, and it tugged at my heart strings just as often. This Thanksgiving season, Glee brought it with a fierce episode featuring the McKinley Superhero Club led by Blaine (Darren Criss). The characters wore an array of pretty humorous costumes/alter egos, with Tina (Jenna Ushkowitz) as Asian Persuasion being my personal favorite. I didn’t quite get Brittany’s (Heather Morris) The Human Brain persona, but other than its being ironic and boring, I figure that may have to do with her actual brain being empty. Blaine was Nightbird, which I can only imagine being a Batman knockoff — and who can forget the impression of Batman villain Bane done via a jockstrap (a must-see)? Others who get honorable mention are Dr. Y (Artie), The Treble Clef (Finn), and Woman Fierce (Marley).

Other than the dynamic visual imagery, there were some solid lessons learned on this week of Glee!

He cheated, and he couldn’t handle it. And when his old team — and McKinley’s New Directions rival — the Warblers steals the New Directions’ trophy, his mission is to retrieve it. He ends up performing a peculiar, but strangely good, musical number. The sense of nostalgia evoked a powerful response: Did he miss being a part of the Warblers? Fret not. Even though he couldn’t see it at the time, he was merely running away from McKinley to stop thinking about his ex, Kurt (Chris Colfer). Finn (Cory Monteith) and Sam (Chord Overstreet) eventually help him realize he needs to accept things rather than run away.

One significant moment is a flashback to the mysterious and now elusive face of “Eli,” the man Blaine met via social networking for that deeply regretted hookup. In another moment to remember, Blaine meets the new leader of the Warblers (he’s a cutie).

They both want Marley (Melissa Benoist). Got it. They end up fighting over her, and Finn has to break them up a couple of times. It’s hot in a The Vampire Diaries sort of way, because these guys eventually have a super strong bromance by the end of the episode. In a conflicted turn of events, rather than willingly backstab each other, they reach heights of maturity I didn’t think they were capable of. Finn comes up with an exercise to get them to reach deeper to find ways to trust and relate to each other. Ryder (Blake Jenner) ends up confessing he can’t read (Wow!), and Jake discusses how because of his mixed-race identity, he never can fit in. Although Jake (Jacob Artist) shares Ryder’s secret with Finn later, it ends up getting him special education help and a sense of empowerment that is heartwarming. And before Jake can get beat up by ignorant bullies who mock his cultural identity, Ryder steps in and calls Jake “his boy,” and they scram like cockroaches to light. Cute.

Memorable moment? Jake calls his half brother, Puck, for advice on how to pursue Marley without hurting his friendship with Ryder. Puck tells him to sit back and be the guy he is and she will come to him. When Ryder later approaches Marley to postpone their date so he can get help for his condition, Marley accepts — but asks Jake out on a date too.

Have to say it: Marley was insensitive to Ryder’s progress, but it’s a nice surprise to see her being so direct and composed… but we have to watch out for Kitty (Becca Tobin) because it looks like the beginning of an eating disorder for Marley.

We finally see a promising future for Finn

Finn. You have found your calling as a mentor to young students. We finally see you glowing (could be that sexy tan you’re sporting). It’s inspirational and unnerving at the same time to see this McKinley alum step into these Gleek-leading shoes so well — even if his Foreigner-inspired set didn’t catch fire as we hoped it would.

Notable songs featured in this episode

I can’t wait to see if next week we find out what happens with the Blaine and Kurt story and Rachel and Brody’s romance (if there is still one?)!

For more Glee recaps, check out: