Madonna sparked quite the controversy while she was in Russia over the summer. But a judge said he doesn’t believe what she did was that bad. 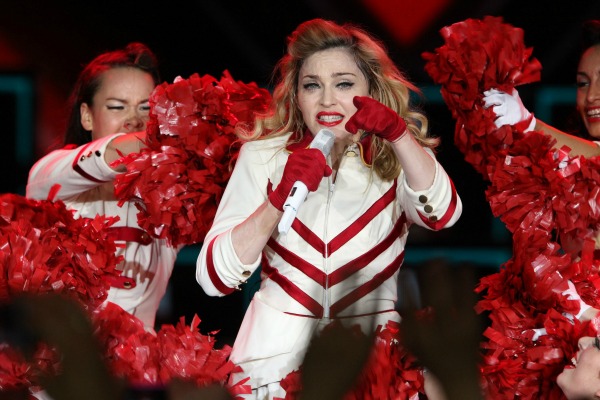 A judge has thrown out a lawsuit against Madonna filed in Russian court by a group of anti-gay activists. While Madonna was touring the country, she spoke out against St. Petersburg’s anti-gay stance.

“St. Petersburg passed a law earlier this year that forbids promoting homosexuality to minors,” according to Rolling Stone magazine. “Madonna protested the measure during a performance August 9th, when she handed out pink bracelets to attendees and revealed the words ‘No Fear’ written on her back.”

The group was asking for more than $10.5 million from the singer for exposing Russia’s youth to her thoughts.

“The ruling came after a one-day hearing that bordered on the farcical,” said the Associated Press. “During it, plaintiffs claimed that Madonna’s so-called ‘propaganda of perversion’ would negatively affect Russia’s birthrate and erode the nation’s defense capability by depriving the country of future soldiers. At one point, the judge threatened to expel journalists from the courtroom if they laughed too much.”

Madonna’s tour also went to other parts of the country, and she spoke out against the jailing of the band Pussy Riot for their display in a Russian cathedral. According to the AP, Madonna wore a mask similar to those the band members wear and wrote the band’s name on her back. She also said she would “pray for them.” The act angered the government, and three of the members were sentenced to prison despite Madonna’s support.

As for the anti-gay group in St. Petersburg, they commented on the case during the trial.

“We aren’t against homosexual people, but we are against the propaganda of perversion among minors,” said one of the plaintiffs, Darya Dedova, according to Rolling Stone. “We want to defend the values of a traditional family, which are currently in crisis in this country. Madonna violated our laws and she should be punished.”