The actor was the “most famous actor in the world” just a few decades ago. His family announced he passed away Friday from complications of cancer. 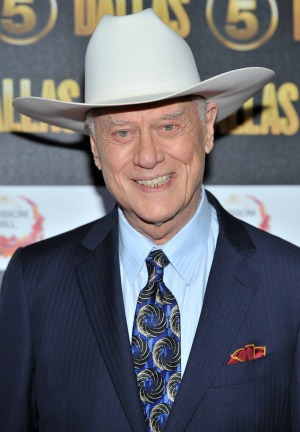 Larry Hagman, the man most remember as J.R. Ewing from the TV show Dallas, has died, according to his family. The actor was 81.

According to a statement released by his family to the New York Times, the cause of death was complications from cancer. Hagman was in Dallas shooting an episode of a modern-day version of Dallas, produced by TNT.

“In October 2011, shortly before filming began on the new Dallas, Mr. Hagman announced that he had a ‘treatable’ form of cancer,” said the New York Times. “It was the latest of several health problems he had experienced since learning that he had cirrhosis in 1992. (Mr. Hagman acknowledged at the time that he had been a heavy drinker.) In 1995, he received a liver transplant after doctors discovered a tumor on his liver.”

“As J.R., I could get away with anything — bribery, blackmail and adultery,” Mr. Hagman told the NY Times when he was diagnosed with cancer last year. “But I got caught by cancer.”

Hagman was also a part of a new world of marketing TV shows.

“The celebrated signature episode of Dallas, which resolved the question ‘Who shot J.R.?’ — a mystery masterfully marketed by the network and the show’s producers — set viewing records, with an estimated 350 million people all over the world tuning in for the answer,” said the NY Times.

Hagman said when he joined the new version of Dallas that he was excited by the opportunity to reprise the role he had made so famous. Before joining Dallas in 1978, Hagman was best known as astronaut Anthony Nelson in I Dream of Jeannie, a role he played from 1965 to 1970.

Hagman has also appeared recently in other TV shows, including Desperate Housewives and Nip/Tuck.