We’re not saying Tatum isn’t a hottie (that’s blasphemous!). All we’re saying is that there are a lot of delicious guys in Hollywood… especially on television. Take a look:

Jon Hamm (Most likely to make you st-st-stutter)

The Mad Men star is the sexiest man alive. Period. Maybe it’s because he looks like a better-looking Ken doll in a suit… and he’s always in a suit. Or, maybe it’s the sassy look Don Draper makes when Roger Sterling is being petulant. It might also be his incredible sense of humor that shines during interviews or in SNL and award show skits. Whatever it is, Jon Hamm makes us swoon. Quick! Someone get the fainting couch!

The ginger ex-terrorist-playing actor made People‘s Sexiest list, but he just wasn’t close enough to the top for us. As one of the stars of Homeland, Lewis plays a former MIA Marine. While we don’t get to see him with his shirt off very often, even in just a t-shirt or undershirt you can see the man is cut. Perhaps just as important: Lewis only plays an American. He’s actually very English. Yum!

Skarsgard was all over the press when True Blood premiered. News flash: He still exists and he’s still delectable. Playing the part of Viking vampire Sheriff Eric Northman, the Swedish stud is one dark and powerful creature. That icy gaze can sure melt your heart, too. Plus, if you think he’s hot on True Blood, you should see him in camo on HBO’s mini-series, Generation Kill. He plays Iceman, who is the strong, (mostly) silent type. Those are the best. 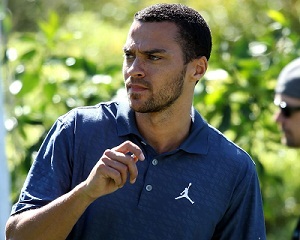 Jesse Williams is quite possibly the only reason many of us are still watching Grey’s Anatomy. His character, Dr. Jackson Avery, is currently in a relationship with the incredibly annoying April, which makes it a little harder to watch. But he’s still topless a lot, so it’s worth it. Jesse Williams is, without a doubt, the best thing to happen to Grey’s in years. Williams and his co-star Justin Chambers (Dr. Alex Karev) are way cuter than McDreamy and McSteamy. (Kevin McKidd, who plays Dr. Owen Hunt, is also a winner in our book.) 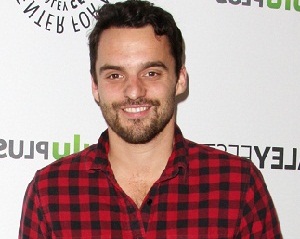 Of New Girl‘s cast, People picked Max Greenfield (Schmidt) as their sexiest guy. That’s a shame, because the guy behind Nick Miller is good-looking, too. Plus, Johnson is funny… even when he’s not playing the adorably surly Nick. Not only did he play Jesus in one of the Harold and Kumar movies, he was also in Get Him to The Greek and the lady friendly, Ashton Kutcher-starring No Strings Attached. While we’re on the subject of New Girl: Lamorne Morris (Winston) is cuter than Greenfield, too. 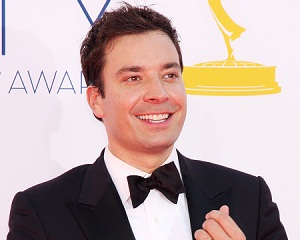 It’s not just that Jimmy Fallon is the youngest guy on late night (he beats Carson Daly by a year), he’s also the hottest and (possibly) the funniest. Our favorite Fallon moments include slow-jamming with President Obama, any time he sings and his roles in Whip it! and Almost Famous. Leno and Letterman were both geeky looking in their younger days and never really grew out of it. Jimmy Fallon is really cute. This is great news for us, since we’ll hopefully grow old with him still on television.