Reports surfaced Thursday that the aggro singer canceled a Guyana gig after protests, but his people claim otherwise. Was Chris Brown trying to avoid the embarrassing protests that have been happening in Europe? 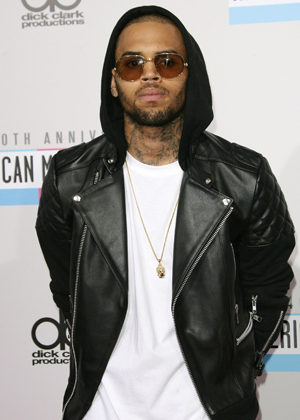 Bad-press magnet Chris Brown has backed out of a stadium concert in Guyana set for Dec. 26, amidst rumors that the defection’s due to local protests over Brown’s assault on Rihanna.

The Huffington Post and other news outlets reported that Brown canceled the gig after he drew criticism from women’s rights groups and politicians in Guyana.

Chris Brown is a violent woman-hater… for Halloween >>

Then Hits and Jams, promoters of the planned Guyana show, posted an announcement Wednesday that Brown, 23, had canceled his appearance.

“Chris Brown’s Management team expressed concerns over recent media reports about protests over the artiste’s intended visit to Guyana and his performance here,” read the announcement, still up at Hits and Jams’ website.

“The management team in a correspondence to HJ Entertainment said they do not feel comfortable at this stage allowing the multi award winning singer to come to Guyana as they have been following reports in the local and international press about the protests over his Guyana appearance,” it further read, referencing the Europe protest and speculating that Brown’s management was trying to avoid similar problems in Guyana.

Brown’s representative told E! News that “this concert was never confirmed. The promoter is being untruthful.”

Meanwhile, Rihanna and Chris are reportedly back together, having recorded a duet on Rihanna’s latest album, and exchanging kisses in public.

Brown pled guilty to felony assault in June 2009 and was sentenced to a five-year probation.