Let’s be honest: When the new cast of American Idol judges was announced, we all thought Nicki Minaj would be the emotional (and strange) replacement for Paula Abdul. The new promo suggests otherwise… 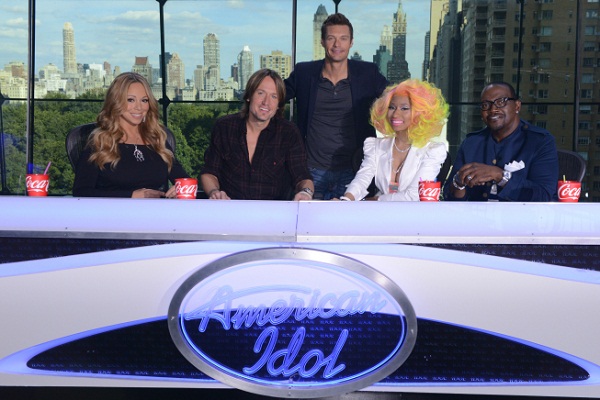 In recent seasons, the American Idol judges’ table has been a rotation of faces. It saw the end of Simon Cowell & Paula Abdul. It also saw the beginning and the end for Steven Tyler. Our dawg, Randy Jackson, has stuck it out, though. Three new judges will join the table this season: Keith Urban, Nicki Minaj and Mariah Carey. In an effort to get viewers as stoked about the upcoming season as the network is, Fox is all about the promos. Mariah dominates the newest one.

In previous seasons, Paula Abdul was the emotionally charged cheerleader at the table. Fox’s latest sneak peek suggests that role will be taken over by Mariah Carey. The onetime pop princess is giddy about the concept of the show and speaks of her former life as a struggling musician. We also see multiple clips of her emotionally moved during auditions, including one clip where she’s actually crying. Unlike Simon Cowell‘s cutting remarks or Randy’s laidback attitude, Mariah isn’t afraid to show whatever feelings the music may evoke.

While the preview doesn’t show anything too crazy, the singer hasn’t had the most stable of pasts. 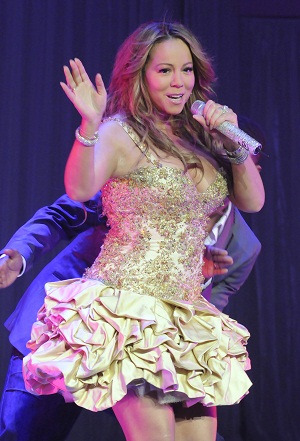 Every little girl from the ’90s loved Mariah Carey. We knew all the words to “Fantasy” and sped around on our rollerblades trying to hit those dolphin-pitched notes. Long before Kelly, Carrie or J-Hud, Mariah was our American idol.

Then, somewhere between 1999’s Rainbow and 2001’s Glitter, MC got a little weird. In mid-2001, following a few strange voice messages left for fans on her website, our beloved Mariah was admitted into the hospital where she spent two weeks recovering from a “physical and mental breakdown.” Her mental turmoil prompted the delayed release of Glitter. When the album was finally made available it just. Wasn’t. Right.

Mariah had a brief comeback with the ghetto-fabulous Emancipation of Mimi in 2005. But then it was back to her strange black hole of not enough clothing and random belly paintings (of butterflies, of course) on her pregnant stomach. With her hubby, Nick Cannon, once against healthy and her twins (Monroe and Moroccan), it seems Mariah is in a good place now. At least personally.

The new season of American Idol premieres on Jan. 16, 2013. We’ll find out soon after if the AI gig was the right choice for Mariah’s career.