Kate Winslet has done a lot in her life, but for the very first time today, she met Queen Elizabeth II. The queen honored the actress but told her there are more important things in life. 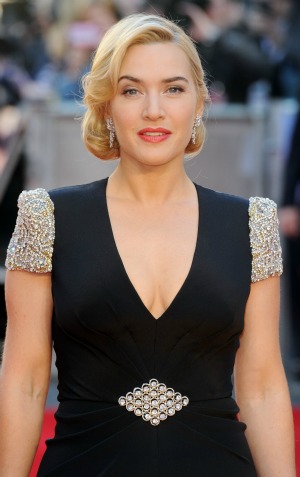 Kate Winslet has been representing Brits since she started acting over 20 years ago, and she is considered one of the best actresses of her generation. She has won an Oscar and garnered numerous other awards, but the honor she received today seemed to trump them all.

WInslet was honored by Queen Elizabeth II during a ceremony at Buckingham Palace on Thursday, Nov. 21. She was given the “CBE honor for services to drama” by the queen. If that doesn’t sound important enough, CBE stands for Commander of the Most Excellent Order of the British Empire.

“The sense of gravity is enormous and you very much feel you are being acknowledged by the whole country in a way,” Winslet said, according to the Huffington Post.

It may be surprising, but today’s ceremony was the first time Winslet has met her queen.

“It was such an honor to meet the Queen, it was my first time,” Winslet said. “She told me that she was delighted to be presenting me with my award and then asked whether I liked my job. I told her that I loved it but I love being a mom even more.”

She said the queen answered by telling her what an important job that is.

“The Queen said ‘Yes, that’s the only job which matters.’ What a genuinely lovely thing to say!” Winslet said. “And I couldn’t agree with her more.”

In fact, Winslet brought her two children to the event. It seems hard to believe — many fans first saw the actress in Sense and Sensibility when she was only 20 years old or in Titanic when she was only 22 — but her children, Mia and Joe, are now 12 and 8.

Winslet is currently working on multiple projects, including Hotel 43, which will be out next year.