Disney seems to be doing all it can to keep Star Wars fans coming back for more. Adding three high-profile writers to the new projects is a good start. 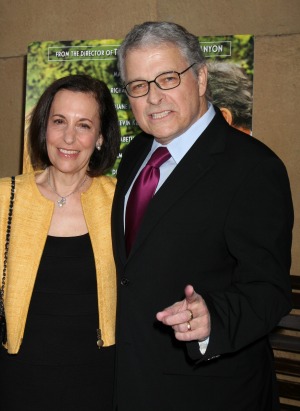 The millions of Star Wars fans out there who thought the sale of LucasFilm to Disney might change the purity of the next three films are, time after time, being proven wrong. First, we found out that even though George Lucas had announced he wouldn’t direct the films, LucasFilm’s Kathleen Kennedy will produce them. Next came the announcement that Toy Story 3 writer Michael Arndt will pen the script for the first of the new films, Episode VII. But today’s announcement may be the best so far.

“Now we know the names of two other writers joining him for the eighth and ninth installments in the historic science fiction series: X-Men: First Class scribe Simon Kinberg, and an old Lucasfilm favorite, Empire Strikes Back writer Lawrence Kasdan,” said MTV.

The way the responsibilities will be split is still a little unclear, but StarWars.com is expected to make the official announcement soon.

“The pair will write either Episode VIII or Episode IX — their exact division of responsibilities is yet to be determined — and also will come aboard to produce the films,” said The Hollywood Reporter.

Many Star Wars fans seem surprised by the move, but none of them are complaining.

“It’s an unexpected move,” Star Wars journalist Adam Rosenberg told MTV. “But you can certainly see the sense in it from Disney’s perspective: There’s zero downside signing on the writer of the greatest Star Wars movie, and one of film’s finest sequels, no less. How can fans not love it?”

The hiring of Kasdan is significant in another way to the overall story. Until now, The Empire Strikes Back was the final film in the franchise. But with his addition as one of the writers for Episodes VIII and IX, Kasdan will again be writing the end to the series.

“I’m thrilled to hear that Kasdan has been approached to return,” TheForce.net’s Eric Geller told MTV News. “He was instrumental in making The Empire Strikes Back a strong story and concluding the trilogy — and, so we thought until last month, the saga — with Return of the Jedi.”

With Star Wars: Episode VII set to come out in 2015, it could be a while before we see the final ending to the franchise.