After almost 2 million albums sold, Taylor Swift’s album Red is no longer the No. 1 album in the country. But what did it take to overcome her popularity? 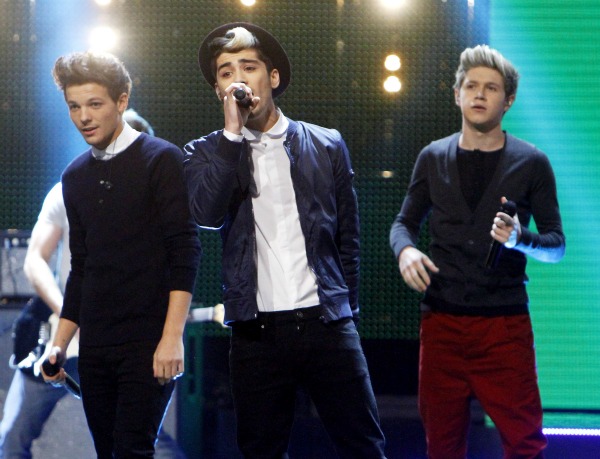 Just shy of its one-month anniversary, Taylor Swift‘s album Red is, for the first time since its release, not the No. 1 album in the country. One Direction was the force needed to knock Swift off the charts this week. Their new album, Take Me Home, sold just shy of 550,000 copies in its first week on the chart.

“Only two albums this year have debuted with higher first-week sales than the 540,000 copies sold by Take Me Home,” said Todd Martens with the LA Times. “Mumford & Sons’ Babel sold 600,000 when it debuted, and Taylor Swift’s Red arrived with a 1.2 million showing in its first week.”

Red would have stayed at No. 1 this week if it wasn’t for One Direction. Swift’s album sold 145,000 more albums this week, bringing total albums sold to 1.9 million. It comes in at No. 2 this week.

One Direction are proving they still have it. A gold-certified album its first week out, Take Me Home may not be going away anytime soon, and the group is showing their staying power as well.

“The X Factor–groomed One Direction, whose hit ‘What Makes You Beautiful’ has sold about 3.7 million downloads, now has two albums in the top 30,” said Martens. “The act’s late 2011 debut, Up All Night, is at No. 26 on the tally and has sold more than 1.3 million copies to date.”

After One Direction’s new album settles down, there is a good chance it may battle with Red for the top position on the chart, unless another album comes along to knock both off.

Others in the top 10 this week are The Weeknd, Rod Stewart, Soundgarden, Christina Aguilera, Green Day and Lana Del Rey.