It’s a week of breakups for Hollywood couples, so add Kimora Lee Simmons and Dijmon Hounsou to that growing list. 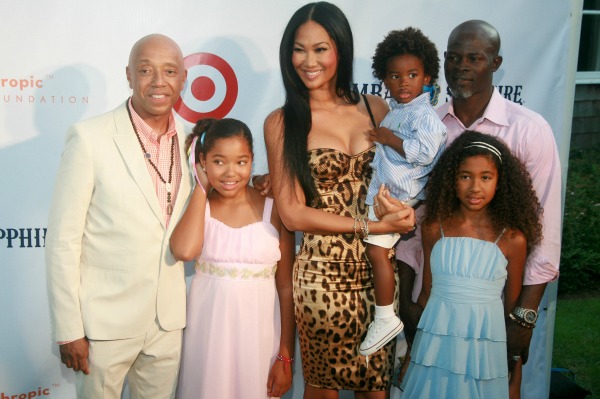 ‘Tis the season for… breaking up? It seems like there is something in the air, with the news of couples like The Big Bang Theory actress Mayim Bialik and her husband Michael Stone, NASCAR driver Danica Patrick and her husband Paul Hospenthal, and The Real Housewives of Miami star Joanna Krupa and Romain Zago all announcing the ends of their relationships this week.

Now, it’s time to add Kimora Lee Simmons and Dijmon Hounsou to that list. The couple, who were never legally married, have been together for five and a half years. During the time of their union, Simmons gave birth to their child, Kenzo Lee Hounsou, who is now 3-1/2 years old.

In a statement on Twitter on Wednesday, the fashion designer tweeted, “There have been quite a few hurtful rumors circulating. The truth is Djimon and I have been separated for some time.”

She continued, “We have remained happy, loving, co-parenting friends and family. We all have much to be thankful for.”

Simmons was married to Def Jam music mogul Russell Simmons for eight years, until they separated in 2006. She then began dating Blood Diamond actor Hounsou in 2007. The duo had a traditional Benin wedding ceremony in 2008, but Simmons was still married to her first husband at the time. The couple never legally married in the United States, and her divorce from her first marriage was finalized in 2009.

Hounsou was occasionally seen in her Style Network reality show, Kimora:  Life in the Fab Lane, but he primarily stuck to acting during their relationship.

Simmons has two daughters from her union with Simmons. They are Ming, age 12, and Aoki, age 10.