If you think Psycho is the favorite Hitchcock film of everyone in Hollywood, think again. The stars reveal their favorite films from the master of suspense. 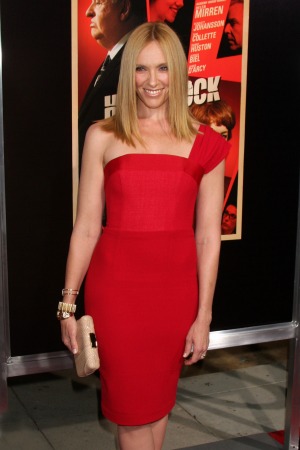 At last night’s Los Angeles premiere of the new film Hitchcock, SheKnows went right to the stars to find out which Alfred Hitchcock film they would love to star in if they could head back to the master of suspense’s era.

The answers were downright surprising, as not one person mentioned Psycho, even though the new film focuses on the making of the 1960 film. Was it too obvious a choice, or do the cast and crew think the director made films that were better than the cult classic? You decide.

Toni Collette, one of the starts of Hitchcock, told SheKnows that Rear Window was the one film that stuck out in her mind, due to its “voyeuristic” qualities.

The writer of Hitchcock, John J. McLaughlin, knew exactly which Hitchcock films appealed to him, saying, “Lifeboat is my favorite Hitchcock film, or Strangers on a Train, which is my second-favorite film. There’s something about the movie on a tiny boat.”

Actress Tara Summers — who plays Rita Riggs, Hitchcock’s longtime costume designer — went right for the glamour and revealed, “Definitely Grace Kelly in To Catch a Thief… why wouldn’t you, right?”

We totally agree, Tara. The former princess was the perfect Hitchcock muse.

Author Stephen Rebello — whose book, “Alfred Hitchcock and the Making of Psycho,” inspired this entire film — thinks stepping back into “the Cary Grant role in Suspicion with Joan Fontaine would be divine, or even to be attacked by birds like Rod Taylor in The Birds.”

Of course, who doesn’t want a bird attack?

Character actor Richard Portnow, who plays Paramount’s president, Barney Balaban — who wanted nothing to do with Hitchcock’s film Psycho — told SheKnows, “I’ve done so many villains that I would like to depart and do the James Stewart role in Rear Window.”

Everyone was pretty creative with their answers, but we wanted to know Jessica Biel‘s answer. We were lucky enough to get an answer as she rushed into the theatre.

So it appears Psycho truly isn’t on anyone’s list, despite its place in film history and its notoriety amongst filmgoers.