Mayim Bialik and husband Michael Stone are divorcing after nine years of marriage and two children. 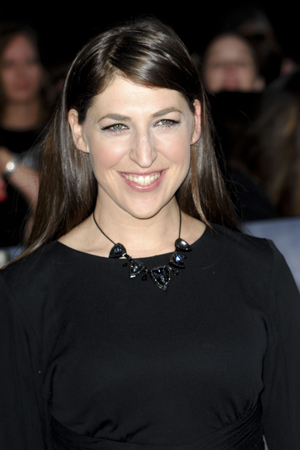 The Big Bang Theory star Mayim Bialik had some sad news for fans the day before Thanksgiving: She’s divorcing her husband of nine years, Michael Stone. The actress revealed the news in a post on her parenting blog, Kveller.

“After much consideration and soul-searching, Michael and I have arrived at the decision to divorce due to ‘Irreconcilable Differences,'” she wrote. “Divorce is terribly sad, painful and incomprehensible for children. It is not something we have decided lightly.”

Bialik, an outspoken advocate for attachment parenting, said her child-rearing style had nothing to do with the decision to divorce.

“[R]elationships are complicated no matter what style of parenting you choose,” she continued. “The main priority for us now is to make the transition to two loving homes as smooth and painless as possible. Our sons deserve parents committed to their growth and health and that’s what we are focusing on.”

It’s been a challenging year for the former Blossom star. She was seriously injured in an August car accident in Los Angeles. The crash — which wasn’t her fault — almost severed her finger. She later credited her faith for getting her through the ordeal.

“I am a deeply religious person who used prayer and deep breathing to keep me going all the way from the accident to the ER to surgery 6 hours later, no medication until surgery,” she tweeted afterward.

Now, she faces a new — and equally as traumatic — challenge. However, she summed up her announcement with a bit of positivity.