Superheroes make for a super year ahead in the world of movies. Here we give you a first look at the most highly anticipated releases of the coming year. 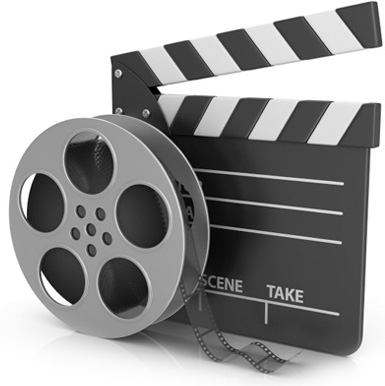 What we’re looking forward
to in 2013

Superheroes make for a super year ahead in the world of movies. Here we give you a first look at the most highly anticipated releases of the coming year.
1

Robert Downey Jr. returns in the next chapter of our favorite metal man, fresh off the success of The Avengers, complete with an epic struggle that hits close to his iron heart. It appears his untouchable arrogance has placed those closest to him in grave danger and Tony Stark (Downey Jr.) must look beyond the suit to see what he’s made of in attempting to rescue those who matter most. Iron Man 3 tops our list for 2013 as we know it’ll be one hell of a ride.

Beside the fact Clark Kent is from Krypton, the young journalist feels increasingly alienated on Earth with the rise of his newfound superpowers. As Kent struggles to understand his role and the purpose of it all, his planet — our planet — falls under attack, and Kent must assume his place as Superman, perhaps the most recognizable superhero to date. This revamp is packed full of fresh perspective and talent as Henry Cavill, Amy Adams, Russell Crowe and more command the Zack Snyder (300, Watchmen)/Christopher Nolan (The Dark Knight trilogy, Inception) production.

Following the superhero trend, the Nordic god Thor is dropping the hammer on the next chapter of gnarly, as Chris Hemsworth returns with Natalie Portman to combat the evil forces that threaten the cosmos. Plot leaks point toward an ancient race of dark elves as one of the main opposing forces he’ll have to smash.

Katniss Everdeen prepares for the Quarter Quell in the next chapter of the highly anticipated Hunger Games saga. In case you were born under a rock, the Hunger Games films are based on the trilogy by Suzanne Collins and feature a futuristic, post-apocalyptic world that has its sights on an annual gladiator-style, televised battle of 24 randomly selected teens from the remaining districts. The film adaptation features Jennifer Lawrence as Katniss and Josh Hutcherson as Peeta.

World War Z is the follow-up book to The Zombie Survival Guide by Max Brooks, and it has been reconstructed a bit for the big screen. The general plot is the same — Pitt plays the part of a special agent with some of the only remaining know-how and courage to defend the human race on the brink of a massive zombie war — but he’s conflicted, as he must put his existence at stake and leave behind his family for the greater good.

James Franco plays Oscar Diggs (aka Oz, aka The Wonderful Wizard of Oz) in the L. Frank Baum–inspired world that predates the 1939 film with Dorothy and the gang. Oz the Great and Powerful follows Oscar on his path from circus sideshow to center stage as the magical world of Oz looks to him as a savior. Mila Kunis, Michelle Williams and Rachel Weisz star as skeptical witches who encounter the magical man along his way.

Nicholas Sparks is at it again with this tale of redemptive love and the danger that threatens it all. This time around, Julianne Hough and Josh Duhamel are in the spotlight. No doubt there will be a lot of lovey-dovey stuff hitting theaters next February, but at least Sparks’ stuff has an added dose of believability and substance.

A Good Day to Die Hard

You already know what to expect from John McClane, but what level of Bruce Willis madness will spark with the addition of his son, mother Russia and a nuclear weapons heist?

Steve Carell is back as Gru with a wonderfully animated comedic adventure for the whole family. What trouble can the girls and the minions get themselves into this time?

What are you most excited for? Share in the comments below!