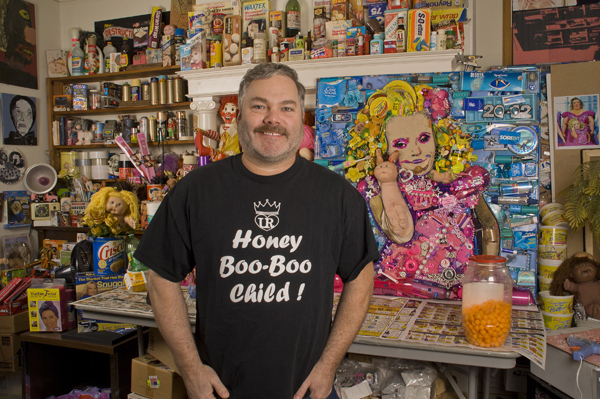 Some might argue that the family at the center of the hit TLC reality show Here Comes Honey Boo Boo is trashy. Well, now they actually are! Artist Jason Mecier crafted a portrait of the show’s 7-year-old star, Alana Thompson, entirely out of trash.

Mecier explained that he creates art out of everyday things. It reportedly took the artist over 50 hours to create the piece that weighs in at 25 pounds.

The piece is expected to go on sale shortly — and it will undoubtedly get snapped up by campy reality television lovers. The joke’s on the buyer, though: No one will care about Honey Boo Boo in a couple of years and he’ll be stuck with a stinky piece of art that won’t sell.

No word on how the Georgia family feels about the art — mama June is probably too busy with her self-proclaimed role as Coupon Queen to care.

And Alana? Something tells us she’s over this whole fame thing.

Would you ever buy a piece of Honey Boo Boo-inspired art? Please say no.