The Olympic skating star of the ’90s says that she would be millions richer had her financial people not taken advantage of her poor grasp of English. She’s suing for $1 million in compensatory and punitive damages. 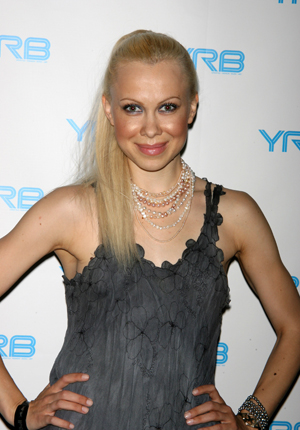 Olympic fans best remember Oksana Baiul as the figure skater who won the ladies singles gold in 1994, beating out the then-recently attacked Nancy Kerrigan. But the skating legend said that while the world was cheering her on, her talent agents were picking her pockets.

Baiul, born and raised in the Ukraine, has filed a lawsuit in Los Angeles County Superior Court against the William Morris Endeavor agency, claiming they took advantage of her deficiencies in English.

William Morris Endeavor, TMZ reports, counseled the then-16-year-old skating star to sign contracts in 1994 that gave portions of her earnings to people Baiul had “no relationship” with. She apparently was not represented by a legal guardian when these contracts were signed, despite being a minor who spoke rudimentary English.

Baiul also says William Morris Endeavor has not paid her in full for projects including TV specials, greeting cards, books and the Oksana Baiul Jewelry Collection.

The Hollywood Reporter pinned down specifics: “At least $150,000 from a jewelry deal, at least $100,000 as an advance on a greeting card and stationery deal, earnings and royalties from film and TV specials including Nutcracker on Ice and Wizard of Oz on Ice, book earnings, infomercial royalties and additional residuals.”

In 2011, Baiul hired a new personal manager who found discrepancies when going back through her finances. Her lawsuit alleges that he’s collected almost $9.5 million in back payments on her behalf, but she’s still owed more.

Baiul is demanding at least $1 million in compensatory and punitive damages.

No reaction has yet been recorded from William Morris Endeavor.

Ralph Lauren and “Uniformgate:” Olympic design
Maybe sex should be an Olympic sport, too
How athletes fund their Olympic experience