The queen and her consort were married in the first half of the 20th century. Tuesday marked a historic milestone for the British royal family. 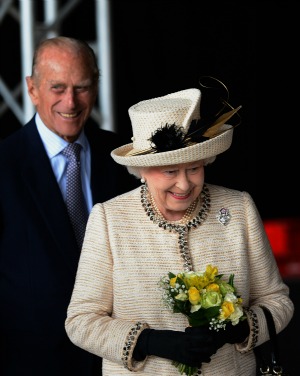 While much of America is getting ready to celebrate Thanksgiving, those across the pond are marking another anniversary, that of their Queen Elizabeth II and Prince Philip. And the anniversary is an important one. The queen becomes the first British monarch to reach a 65th wedding anniversary; the couple were married Nov. 20, 1947.

The queen and prince were married in Westminster Abbey, the same place Prince Charles and Lady Diana were married and the venue of a more recent royal wedding. The queen’s grandson Prince William married Kate Middleton in the famous church last year.

“The anniversary comes in the same year as the Queen’s Diamond Jubilee, which was marked with UK-wide celebrations,” according to the BBC.

The BBC added that “Prince Philip, 91, was forced to miss some key events during the special bank holiday weekend at the beginning of June after being hospitalised with a bladder infection.”

The couple started the celebration of their anniversary by attending a concert at Royal Albert Hall in London on Monday. According to the BBC, performers included Kylie Minogue, Girls Aloud, Sir Bruce Forsyth, One Direction, Katherine Jenkins, Alicia Keys and Neil Diamond. The concert also marked the 100-year anniversary of the Royal Variety Performance, a concert of Britain’s best performers for the royal family (and the rest of Britain). Many international performers also play the show. The queen and Duke of Edinburgh (one of Prince Philip’s titles) went backstage after the show to shake hands with the performers.

The couple have been married for 65 years but have known each other much longer. They met in 1934 at a wedding of two of their relatives: Princess Marina of Greece, Philip’s cousin, was marrying Elizabeth’s uncle. The BBC said that the wedding of Elizabeth and Philip boosted British morale just after the end of World War II.