Wayne Coyne caused delays at the Oklahoma City airport last week by packing a grenade in his luggage. How did authorities respond? 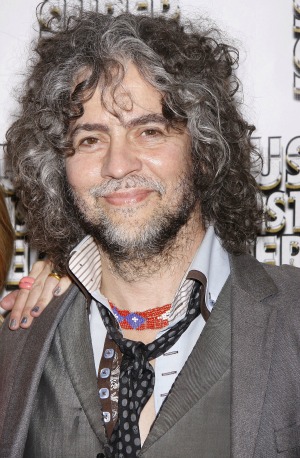 With all the security in airports these days, you would think someone would remember he had packed a bomb in his suitcase (yes, a bomb). But that was not the case for The Flaming Lips front man Wayne Coyne last week. He ended up shutting down the Oklahoma City airport after security found a grenade in his suitcase. Fortunately, the grenade was dead — he said it was given to him at a party.

“Wayne was reportedly on his way to Los Angeles to catch a preview of the new Flaming Lips musical Yoshimi Battles the Pink Robots, and told police that the grenade was given to him at a party as a joke. Coyne was released once the TSA determined that the grenade was harmless,” said Rolling Stone magazine. “Several flights were delayed as a result. The incident also caused a bit of turmoil among TSA [Transportation Security Administration] agents, who were concerned that the ‘bomb guys’ weren’t on duty.”

The grenade set off alarms at the airport, and TSA ended up shutting down the terminal until agents figured out how to handle the situation. According to TMZ, a lot of people ended up missing their flights. But because Coyne hadn’t technically done anything wrong, law enforcement let him go.

He tweeted later that day his apologies to anyone he may have inconvenienced (along with a link to his website).

“Sorry Sorry Sorry!!” he tweeted. “Everyone that was inconvenienced because of my grenade at OKC airport!!”

Coyne has over 110,000 followers on Twitter, and his apology was retweeted over 120 times. The singer also started retweeting anyone who mentioned the bomb, leading one follower to question his motives.

“No one ‘forgets’ they have a grenade.. This is nothing but a selfish idiotic publicity stunt.. Let’s hope he does time,” said Twitter user @Colt_Shaft.