With Kevin Clash’s resignation, many are wondering about the future of Elmo. But it looks like the muppet will live on, in more ways than one. 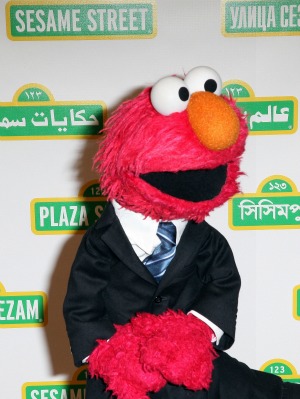 Elmo may have resigned, but he is far from gone. Kevin Clash, the man who played the character on Sesame Street for almost 30 years, resigned Tuesday amid a sex scandal. But that doesn’t mean Elmo will disappear altogether. Toy company Hasbro announced today that it has no plans to stop producing Elmo products.

“Sesame Street and its wonderful characters have been entertaining and educating children and families for more than 40 years,” Wayne Charness, senior vice president of corporate communications at Hasbro, told the Hollywood Reporter. “We are confident that Elmo will remain an integral part of Sesame Street and that Sesame Street toys will continue to delight children for years to come.”

The scandal may be bad timing for the toy company, since it just released a brand-new Elmo toy for the holiday season. According to the Hollywood Reporter, LOL Elmo is priced at $39.99 and “giggles and convulses gleefully, and is a direct descendant of Tyco’s Tickle Me Elmo, which caused toy store riots in the Christmas of 1996.”

Hasbro has an “extensive” line of Elmo products, and dolls are just the beginning. Consumers can find everything from toy cell phones to instruments to building blocks.

Sesame Street has been standing by Elmo’s puppeteer throughout the scandal, which started when a man claimed Clash had sex with him when the man was underage. The accuser later recanted — but then said he had been paid for that recantment.

Tuesday, after the news of the payment became public, Clash announced that he would resign.

“Personal matters have diverted attention away from the important work Sesame Street is doing, and I cannot allow it to go on any longer,” Clash told the Hollywood Reporter.

He added that he is leaving Sesame Street with “a very heavy heart.”