Once again, The Walking Dead is tapping its comic book roots. The zombie drama’s pulled in another character who will appear on the small screen. Which actor will portray him? 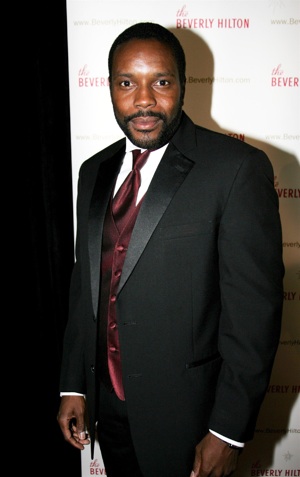 The Walking Dead is about to kick it up a notch. The hit drama, which is based on a popular comic, is adding some fresh meat. A new actor is joining the show to play a fan favorite.

Since the beginning, die-hard fans have been patiently waiting for the introduction of Tyreese. A major player in the comic, he serves as the right-hand man to Rick (Andrew Lincoln). The role will be played by Chad Coleman, whom some of you might know from HBO’s The Wire.

Prior to the announcement, Coleman had been spotted near the Atlanta-based Walking Dead set. Over at EW, they asked creator Robert Kirkman if Coleman would be joining the cast, but he played it coy.

An interview with Lauren Cohan from The Walking Dead >>

We now know that the rumors were true and Coleman will be part of the team. He’s expected to make his debut sometime around Episode 8. According to TVLine, Tyreese will arrive “as Rick prepares to do battle with David Morrissey’s Governor.”

The Walking Dead: Another episode, another massacre >>

Last Sunday, we saw that the two camps are about to merge. Merle (Michael Rooker) is holding Glenn (Steven Yeun) and Maggie (Lauren Cohan) hostage in Woodbury, while an injured Michonne (Danai Gurira) is knocking at Rick’s door. It’s the perfect setup for the mid-season finale, which will be that much more dramatic due to Tyreese’s appearance.

What do you think of Coleman joining The Walking Dead?