Brandi Cochran claims she was let go because of her pregnancy, and a court today agreed. The show still doesn’t admit it did anything wrong. 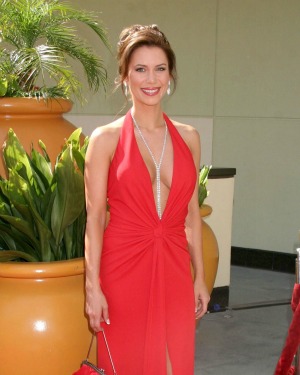 A former model for The Price Is Right found out today she won the lawsuit against the show that she filed back in 2010. According to TMZ, Brandi Cochran was awarded $775,000 after she claimed she was fired for her pregnancy and issues arising from that.

“Cochran is a former model for the popular game show who sued producers in 2010 over what she claims was wrongful termination and cruel treatment by her bosses,” said Us Weekly. “According to the lawsuit she filed, producers insulted her when she got pregnant and fired her for going on disability when complications led to a miscarriage.”

Cochran (formerly Brandi Sherwood) claims that when she became pregnant in 2007, she was so worried about telling her employers that her pregnancy ended in miscarriage. She further claims that after the miscarriage, one producer allegedly commented that it was “nature’s way of getting rid of a bad baby,” according to Us Weekly.

Cochran ended up getting pregnant again just a year later, and she says she was was insulted time and time again. Once, a producer allegedly said, “Wide load coming through.”

The former Miss USA says she went on disability leave because of complications from that pregnancy and was soon after fired from the show. Her lawsuit claimed wrongful termination.

The Price Is Right‘s production company commented to TMZ today, saying the verdict was “the result of a flawed process.” It said the court “refused to allow the jury to hear and consider that 40% of our models have been pregnant and other important evidence to our defense.”

“We expect to be fully vindicated after the matter has been reviewed and stand behind executive producer Mike Richards and the staff of The Price Is Right,” the rep added.

Cochran could win even more than the $775,000 if a jury finds that the producers acted maliciously.