The official list is out as Barbara Walters announces seven of the most fascinating newsmakers of 2012. 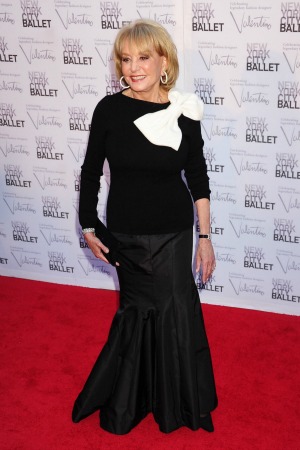 You know the year is coming to an end when Barbara Walters reveals the list for her annual television special, Barbara Walters Presents: The 10 Most Fascinating People of the Year. As with most years, the list features a mix of pop culture, sports and political figures who have impacted the country for better or for worse.

This year, the list includes some expected names like Fifty Shades of Grey author E.L. James, whose trilogy of S&M-themed romance novels was seen in every woman’s hand this summer. The book has also spawned an intense casting call for actors who are lining up to play the mysterious title character, Christian Grey.

Other headlining names include New Jersey Governor Chris Christie, who was applauded for his bipartisan approach in dealing with the aftermath of Hurricane Sandy; Secretary of State Hillary Rodham Clinton, who made the top spot in 1993; and London Olympics sweetheart Gabby Douglas, who stole everyone’s heart after winning the women’s all-around gold medal in gymnastics.

Rounding out that list is British boy band One Direction, who hit the top of the Billboard charts with their second album, Take Me Home; Oscar hopeful Ben Affleck for the movie Argo; and this year’s Academy Awards host and Family Guy creator, Seth MacFarlane.

While that only adds up to seven, at least two more names will be released prior to the show. The No. 1 spot will be announced during the broadcast which airs Dec. 12 on ABC.

Last year’s big winner was Steve Jobs whose work, obsession and death made such an impact on American life and technology.

Who do you think will take this year’s top spot?