Sorry, South America, but Fiona Apple has to cancel. Though the singer is four-pages worth of sorry about letting her fans down, the decision to stay home with her dog was incredibly easy to make. 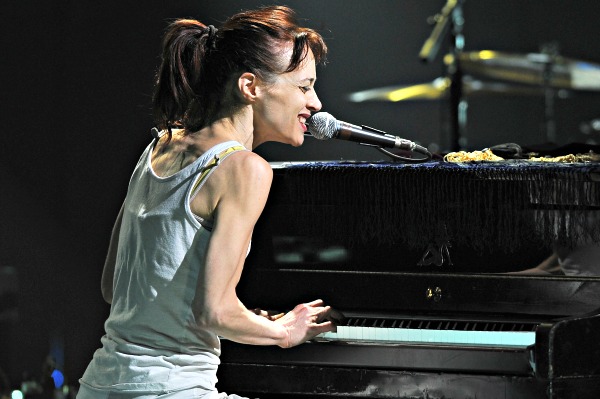 Fiona Apple fans south of the equator have some reading to do today, thanks to the singer’s four-page, hand-written letter explaining why she’s canceling her South American tour. Prepare your heartstrings, her reason for staying home is ruff.

Sharing a photo of her cancellation letter on Facebook, Fiona Apple explained, “I can’t come to South America. Not now. [My dog] has Addison’s Disease, which makes it dangerous for her to travel since she needs regular injections of Cortisol, because she reacts to stress and to excitement without the physiological tools which keep most of us from literally panicking to death.”

The rare, chronic endocrine disorder is characterized by a number of symptoms, such as abdominal pain and weakness. Wikipedia reports that under certain circumstances, these may progress to Addisonian crisis, a severe illness which may include very low blood pressure and coma.

Fiona Apple’s letter went on to say of her decision to stay with her dog, Janet, “If I go away again, I’m afraid she’ll die and I won’t have the honor of singing her to sleep, of escorting her out. Sometimes it takes me 20 minutes to pick which socks to wear to bed. But this decision is instant. These are the choices we make, which define us.”

Fionna Apple wishes people would stop focusing on her arrest >>

Preparing mentally for the end of Janet’s life, the 35-year-old singer added, “I need to do my damnedest to be there for that. Because it will be the most beautiful, the most intense, the most enriching experience of life I’ve ever known.”

“So I am staying home, and I am listening to her snore and wheeze, and reveling in the swampiest, most awful breath that ever emanated from an angel,” Fiona Apple’s letter to her fans concluded. “And I am asking for your blessing.”

Do you think Fiona Apple made the right decision to stay home with her dog?