OWN’s new Married to the Army: Alaska shows the reality behind being an Army wife. The first episode and various promos promise good times and bad ahead for some of our country’s most heroic wives. 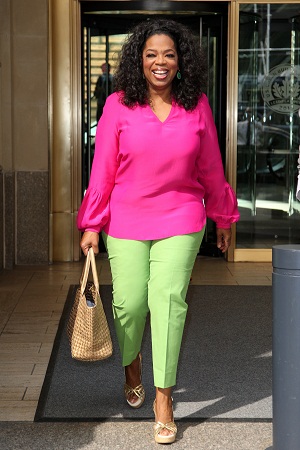 What could possibly be more depressing than being thousands of miles away from your husband while he’s off fighting in the Middle East? Trying to live your life without him in the darkened days of Alaska.

Directly after Oprah gave away her favorite things to 30 deserving military spouses, OWN premiered its new show, Married to the Army: Alaska.

According to OWN, Alaska is home to 10,000 soldiers. Three-quarters of them are currently deployed to Afghanistan, but the base is far from a ghost town. Many of the roughly 7,500 soldiers currently deployed have left behind spouses and children. Life isn’t always easy when their spouses are gone, but the women look after each other as best they can.

Making matters worse for each of these women is their locale. Being in Alaska means they’re thousands of miles and one insanely expensive plane ride away from the rest of their families who would be their support system otherwise. Due to its far-north location, Alaska also experiences months of days with little to no sunlight. Talk about seasonal depression.

Often adding to the literal darkness is the figurative darkness in which the military often leaves its families. Earlier this year The Huffington Post reported on instances of slain husbands’ wives hearing of their loss before the military can tell them. This happens in multiple ways. One way the news slips in is when a soldier calls home to catch up with his wife and informs her of his latest loss, oftentimes before his fellow soldier’s own wife has been notified. In order to prevent that from happening, the military will often put units on “blackout.” That means no contact between the soldiers and their families back home until the deceased soldier’s family has been notified. When a soldier misses a call he promised to make, it leaves his wife and her friends tense while they wait to find out why.

Check out the first five minutes with the wives:

The eight-part program Married to the Army: Alaska promises to be an intense one. We’ve already had one missed phone call and the latest promos show the unfortunate early return for one wife’s soldier. The women are strong, bonded and compassionate, though. Married has the makings of an excellent show, if for no other reason than to put life into perspective for the rest of us.