Jesse James is reportedly engaged to his girlfriend of just two months, who also happens to be filthy, stinking rich. Coincidence? Or is James just honing his talent as a gold digger? 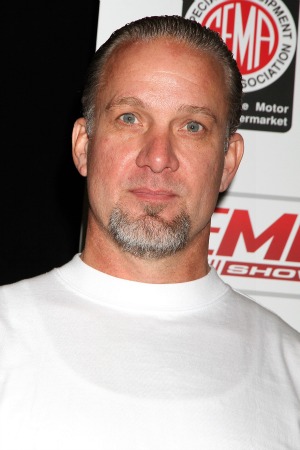 The couple began dating just two months ago, and when a fan called DeJoria out on the rumor on Twitter she didn’t exactly deny it.

“I used to admire you now I feel sorry for you. Moving in and getting engaged to a guy you’ve been dating for a month,” the former fan wrote.

The public is weary of Jesse James >>

DeJoria replied, “Am I supposed to wait till I’m married to sleep with a man too?! Lol! You’ve been brainwashed into what society says is right.”

Interestingly — and perhaps not entirely coincidentally — DeJoria is heiress to a billion-dollar fortune, courtesy of her father John Paul DeJoria, who founded the Paul Mitchell hair care line and Patron Spirits, the company responsible for the popular tequila of the same name. He is reportedly worth $4 billion, making Alexis a very lucky heiress indeed.

“Alexis has lived a good life so far and one day, when her inheritance comes through, she will be a very wealthy lady,” a source told RadarOnline.

“They bonded over their love of motor-racing, Alexis is a rookie in the professional ranks of the National Hot Rod Association and competes in the Tequila Patron Nitro Funny Car and one of Jesse’s companies used to sponsor a mutual friend’s race team, so naturally their worlds collided.”

“Jesse has been helping her compete, he’s been hanging out in her pit area during races, passing on his expertise to the team of mechanics and was even spotted helping Alexis pack-up her parachute after a race.”

James has not yet commented on the rumor.