Yet another young man has filed a lawsuit against Elmo voice Kevin Clash, accusing him of underage sex. Clash has resigned in the face of the new accusations. 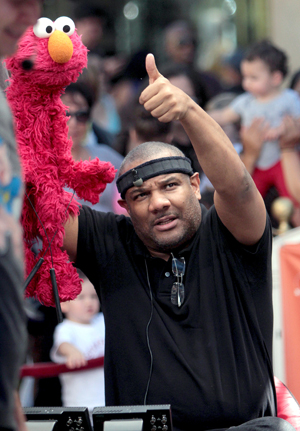 Elmo voice Kevin Clash is in hot water for the second time in as many weeks, and he’s resigned from Sesame Street amidst the controversy.

The latest fracas has arisen over accusations from a second young man who accuses Clash of having sex with him when he was 15 years old and Clash was 32.

Apparently, Clash and Singleton met on such a gay phone chat line in 2003, and began a relationship, TMZ reports.

The suit alleges that Clash “groomed [Singleton] to gain his trust by, among other things, taking him to nice dinners and giving him money.”

Singleton also claims in his suit that the reason he’s waited almost 10 years to accuse Clash is that he “did not become aware that he had suffered adverse psychological and emotional effects from Kevin Clash’s sexual acts and conduct until 2012.”

This is only the latest in Clash’s troubles. Last week, another 24-year-old accused Clash of having an affair with him when he was a minor.

That man recanted his accusations… after Clash agreed to pay $125,000. However, TMZ reported that “he continues to insist Clash had sex with him when he was a minor and was pressured into signing the settlement.”

Seems kinda stinky, and even more so with these new accusations.

And for gay chat phone lines, too.

Sesame Street is the latest weapon in the war on terror
Moms pushing to bring breastfeeding back to Sesame Street
Sesame Street’s new Muppet struggles with poverty, hunger