Isn’t it great to be an American, where all you need to make it big is an infamous dad, a high-pitched voice, a Disney princess face, and a huge a**? There are a few high-profile celebs who are famous for being famous, and they are particularly grateful this holiday season. Here’s who, and why*… 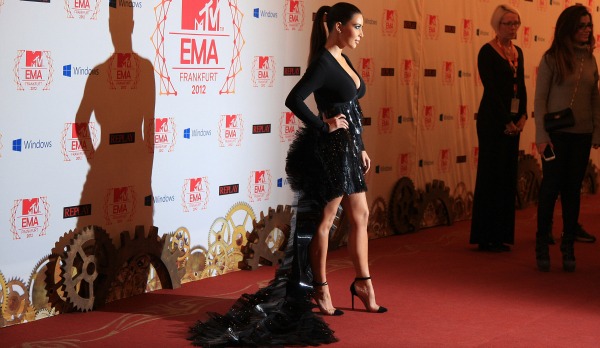 KK has much to be grateful for this year. Topping her list is the popularity of reality TV, because 10 years ago she would have remained anonymous. You can argue whether or not this is a good thing, but voyeuristic television has made Kim fame-a**. She’s also grateful for her Twitter account, because if she’s having a slow week in the attention whoring getting department, she can drum up some of her own headlines with a bikini shot or piss people off with tweets about the conflict in the Middle East. 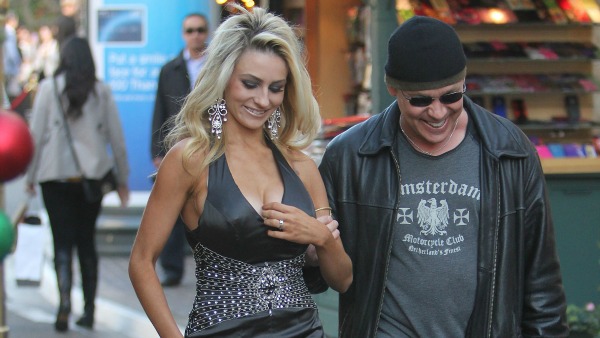 This will be the best Thanksgiving Courtney has had in years. This blessed holiday season, she is grateful for Fredricks of Hollywood and Hookers-Are-Us, for giving her that fresh-off-the-night-shift look that has made her so popular. She’s also thankful she had the presence of mind to marry Doug Hutchison, 52, landing them a secure spot on VH1’s Couple’s Therapy. Now she can dress like a lady-of-the-evening and display her train-wreck marriage for all the world to see. It will be a Happy Thanksgiving in the Stodden/Hutchison home indeed. 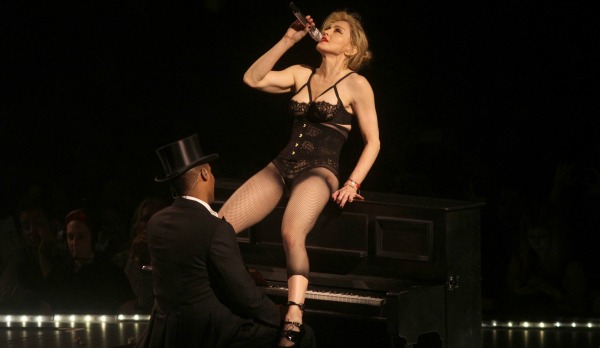 Though it may enrage Madge fans everywhere, we have to stick our necks out and ask the question: Is the once famous Madonna teetering on becoming infamous? If one is making headlines for her antics rather than for her talent, isn’t that the definition of infamous? While on her MDNA tour, Madame M made headlines for her nightly striptease, tribute tattoos on her back, for incorporating Nazi imagery, encouraging people to vote for the “black Muslim” in the White House and for doing the Gangnam dance (more on that in a bit). So this Turkey Day, Madonna is grateful for the stage, and that millions of people are willing to turn out for her concerts so they can see what cart-and-pony show she will roll out for them. 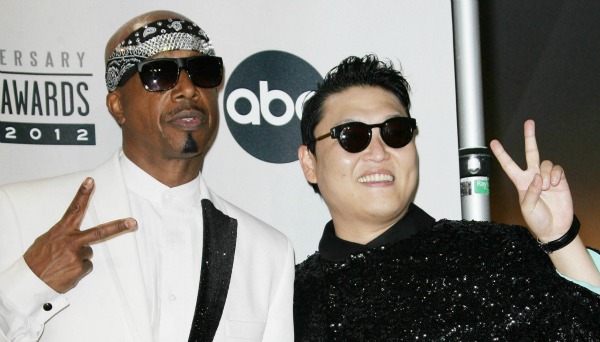 Much like the pilgrims of yore, Psy has found opportunity in the U.S. of A. This Thanksgiving, Psy is grateful that Americans are suckers for cheesy line dances and that he was able to scratch that itch with a Korean version of “Who let the dogs out.” He has Madonna to thank for perpetrating this latest dance craze. Psy’s gratitude journal includes an entry for YouTube where his Gangnam Style has garnered 700 million views. (M.C. Hammer is also grateful for Gangnam Style and Psy for bringing him and his Hammer pants back so he can enjoy another 15 minutes in the spotlight.)

*In case you haven’t figured it out, I have to specify for legal purposes that this entire narrative is completely speculative. We have not talked to the aforementioned celebrities, and these are only our best guesses as to what they are grateful for.