Gossip Girl recaptures its essence by merging its past with its present. 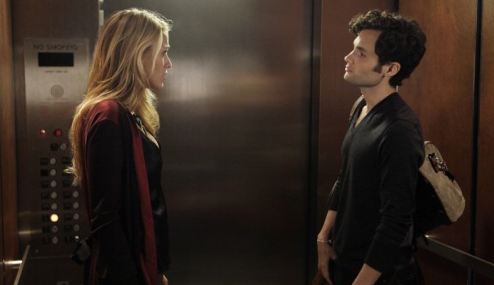 All is well in the Gossip Girl universe now that Dan and Serena are hooking up again.

After losing our interest on frivolity like the Spences (just go away already Sage) and horses named Lady Alexander, Gossip Girl finally got back on track in this season’s sixth episode — “Where the Vile Things Are” — rewarding loyal viewers by digging into its nostalgic past.

How can we not start with the reincarnation of Dan and Serena? And for the heck of it, why not call them one of those cool couple nicknames, like “van der Humphrey?”

We know by now that Serena van der Woodsen (Blake Lively) gets over her men faster than Jenny McCarthy’s hand moving toward a Justin Bieber butt cheek. After nearly saying I do to Steven Spence the previous week, Serena and Dan (Penn Badgley) spend most of this episode escaping the paparazzi plus gallivanting at their high school hangout spots.

As we stroll down memory lane with van der Humphrey, we even gather some helpful dating advice for both sides.

Women: It’s OK to hustle your date at billiards — as long as you look like Blake Lively and not Minnesota Fats.

Men: Women cannot resist a man who drives a Vespa like Jason Bourne.

Couples: When your relationship turns south, head for an elevator.

Yep, Serena and Dan get stuck in an elevator again.

This challenges us to dig back to a Season 2 episode (“The Dark Night”) when van der Humphrey is trapped during a summer blackout. Dan and Serena emerged from those closed doors a split pair. But during elevator lockdown Round 2, the only doors opening are straight to Serena’s bedroom. 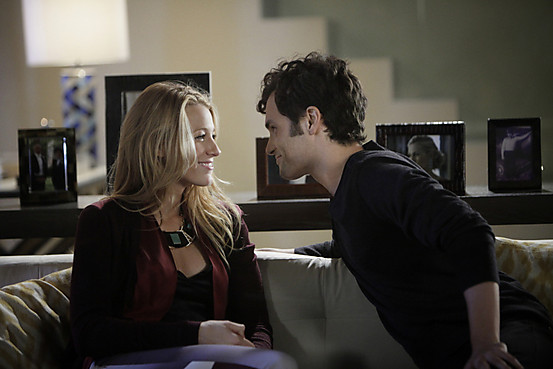 For all they’ve been through, it’s hard not to wish for Dan and Serena to finish the series a happy couple. Whereas other Gossip Girl couples (Blair and Chuck, Nate and whomever) consistently choose separation, van der Humphrey exudes determination.

Heck, Romeo and Juliet had it easier! Their parents may have wanted the other’s blood, but at least Mr. Montague didn’t marry Mrs. Capulet.

If, by the end of the series, Dan and Serena’s stars end up crossed, then all our romantic hope hinges on the shoulders of Chuck (Ed Westwick) and Blair (Leighton Meester). Surprisingly, the two do not share a single scene in this week’s episode.

Chuck is still persistent after proof his father brokered an illegal oil deal. And that leads him to some scheming with his good buddy Nate (Chace Crawford). It’s not a Bass-Archibald plan if it doesn’t involve alcohol and half-naked call girls.

It’s nice to see Chuck and Nate hatching plans together again, even if it only serves the purpose of a shameless corporate plug for the new Windows 8 phone. Ultimately, the two besties are outmaneuvered at an art auction by the slippery Ivy Dickens.

Yes, the Upper East Side’s most annoying charlatan is still lingering. And as long as she holds the proof Chuck covets, Ivy and her big 80s hair aren’t going anywhere.

Speaking of hair, how fitting that Blair’s plot to save her stake in mom’s company is yet another Gossip Girl throwback? 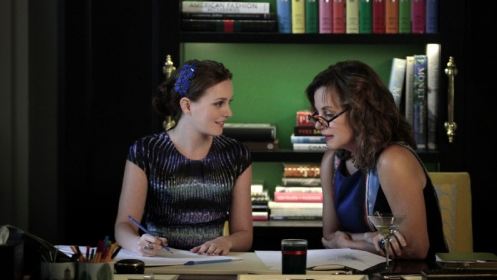 Blair spends most of the “Vile things” episode brooding and sulking while her mother condemns her dark side behavior. All seems lost until an epiphanic rendezvous with the most underrated Gossip Girl blast-from-the-past, Nelly Yuki (Yin Chang).

The fact Queen B meets Nelly on the New York Met steps — the place where she once ruled her high school kingdom — is a symbolic retrogression to the show’s golden ages of knee-high socks, plaid skirts, and, of course, headbands for everyone!

While Nelly Yuki deserves some credit for the hair accessory idea, Blair emerges from the Met steps as the hero having found her pièce de résistance.

Naturally Blair Waldorf plans to revolutionize an entire line of girl’s high school uniforms. Apparently, there’s a market for that, and girls will be lining up to buy B’s outfits like they’re extinct Twinkies.

For a show that’s strayed far from its original path, what better way to reconnect Gossip Girl with its roots than the “B-Line” heading to an Upper East Side boutique near you.

30 mins ago
by Louisa Ballhaus