Our hearts are broken: Team officials confirm that David Beckham is set to leave the L.A. Galaxy after this season. 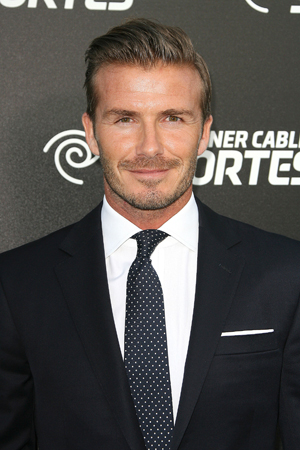 Sad day for all soccer fans — and for all fans of the British god that is David Beckham: He announced Monday that he’s leaving the Los Angeles Galaxy after the MLS Cup game later this year.

“I’ve had an incredibly special time playing for the L.A. Galaxy,” Beckham said in a statement. “However, I wanted to experience one last challenge before the end of my playing career.”

So, he’s retiring from the game that made him famous? It would seem so, though various Australia clubs are reporting he’s thinking about moving Down Under.

“We’re putting forward an offer. It’s compelling and the opportunity is here for him to come here,” Melbourne Heart chief executive Scott Munn commented Tuesday, according to Fox News Sports. “What I can say is that it’s certainly real. … That is absolutely legitimate. Let’s let David get through next week, play the final of the MLS and hopefully he’ll have a win. Then I’m sure he’ll assess every offer.”

This is heartbreaking. We’ve grown accustomed to seeing the Beckham family — including Victoria Beckham and their adorable clan of children — on a near daily basis. Now, we’ll have to settle for seeing him in various underwear ads.

On second thought, we’re not complaining about that.

He added that he might be back with U.S. soccer before all is said and done, though.

“I don’t see this as the end of my relationship with the league, as my ambition is to be part of the ownership structure in the future,” he added in the statement.

Whatever it takes to get you back to the U.S., Becks.