The singer has found a cause to be passionate about, and he is bringing awareness to the whole world. 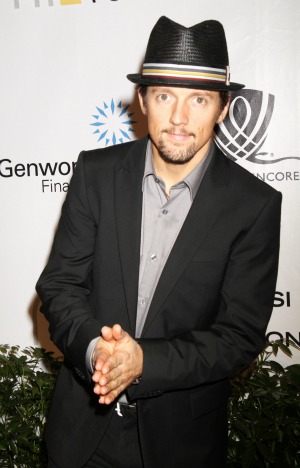 Jason Mraz will head overseas next month for what may be a first among music acts. The singer announced today he will be playing a free outdoor concert in Myanmar (also known as Burma) on Dec. 16.

“Mraz is believed to be the first international artist to perform an open-air concert in the country,” according to Chris Talbott with the Associated Press. “The show includes local acts and is hosted by MTV EXIT, the music channel’s initiative to raise awareness about human trafficking and exploitation.”

The show’s goal is to raise awareness about human trafficking. MTV produced a similar show in the Phillippines last year.

“That’s pretty exciting,” Mraz told Talbott. “I’m going there with an enormous amount of gratitude and respect, and I hope we can actually make a difference. I hope it’s also a testament to the songs. I’ve always wanted my songs to be about healing and self-empowerment, and if this is the way MTV is acknowledging that, then I am incredibly grateful.”

Ending human trafficking is a cause Mraz has become passionate about in recent years, and he has begun putting on the shows to help the cause.

“I thought this was something that was abolished when Abraham Lincoln signed the Emancipation Proclamation, but all it did is become hidden from our view,” Mraz told Talbott. “There was a recent estimate that there are about 27 million people enslaved on the planet, certainly due to hard economic times not just in the Western world but certainly in Third World countries. Humans as a commodity is a great way to run your business. So I signed on, lent my voice, lent my music to the cause.”

The show will be broadcast on Myanmar’s national TV station and will air on MTV, but only on its international network, in 2013.