The singer made a trip to the emergency room, but it was probably nothing serious. 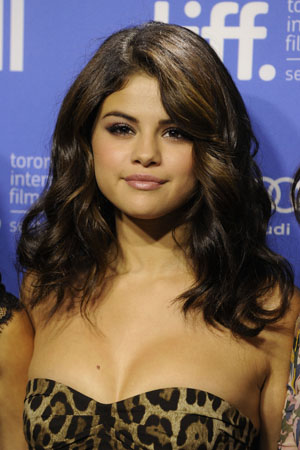 “She was in a recording session yesterday and had to quit it early because her throat was bothering her,” a source told the New York Daily News. “She was feeling better last night, but this morning the pain had returned.”

Her stepdad had strep throat, so she didn’t want to take chances, according to the source. Gomez wasn’t too sick, though — she reportedly made a stop at a post-AMAs party to hang with the Biebs. Photographers caught the 20-year-old singer holding onto her 18-year-old beau’s arm as they arrived at Bootsy Bellows after the show. The pair were reportedly “dancing on each other… they seemed to be in great spirits and were clearly enjoying their time together,” according to spies.

The lovely reunion came just two days after the pair got into a yelling match at LA restaurant Yamoto.

“They had just sat down and didn’t order when they started to fight. Ten minutes later, they stormed out without speaking and she drove off in her car.”

Gomez still has at least one thing to worry about: Jenny McCarthy. The 40-year-old Playboy cover girl attacked Bieber as he accepted an award during the AMAs telecast.

“I did grab his butt. I couldn’t help it. He was just so delicious,” she said backstage. “[He’s] so little I wanted to tear his head off and eat it!”