The pricey franchise is releasing its first film next month. But the producers are dealing with a boycott, since there are reports that up to 27 animals were harmed during filming. 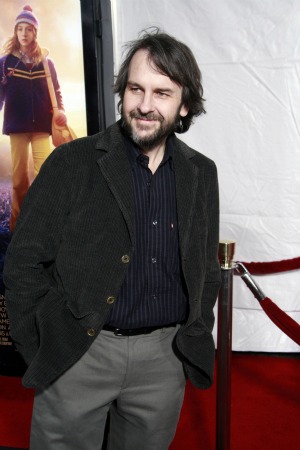 The Hobbit franchise is one of the most anticipated in recent memory, but today it made news for another reason. According to a special report by Nick Perry with the Associated Press, animal wranglers who worked on the films said the circumstances of filming caused the deaths of multiple animals.

“Animal wranglers involved in the making of The Hobbit movie trilogy say the production company is responsible for the deaths of up to 27 animals, largely because they were kept at a farm filled with bluffs, sinkholes and other ‘death traps,'” said Perry.

The American Humane Association is an agency that monitors animals on the set, but their reach only goes so far.

“We are currently only empowered to monitor animal actors while they are working on production sets,” AHA President Dr. Robin Ganzert said. “We do not have either the jurisdiction or funding to extend that oversight to activities or conditions off set or before animals come under our protection. There are too many incidents off the set and this must stop. It is vital that we work with the industry to bring the kind of protection we have for animals during filming to all phases of production.”

“A spokesman for trilogy director Peter Jackson on Monday acknowledged that horses, goats, chickens and one sheep died at the farm near Wellington [New Zealand] where about 150 animals were housed for the movies, but he said some of the deaths were from natural causes,” said Perry.

But according to Reuters, Jackson denied any wrongdoing on set, and he claimed that the animals did not die because of their parts in the film.

“The producers completely reject the accusations that twenty seven animals died due to mistreatment during the making of the films,” the statement read, according to Reuters. “Extraordinary measures were taken to make sure that animals were not used during action sequences or any other sequence that might create undue stress for the animals involved.”

Animals rights groups, including PETA, have announced boycotts of the $500 million film trilogy, including the first movie, The Hobbit: An Unexpected Journey.

“We want to send a clear message to Hollywood that they need to be very careful when using animals and take all the precautions that need to be taken,” Kathy Guillermo, with PETA, said.

An Unexpected Journey is set for a red-carpet premiere in Wellington and a worldwide opening in December.