Jessica Simpson proves that it isn’t easy to lose the baby weight, but she’s doing so safely with the help of Weight Watchers. 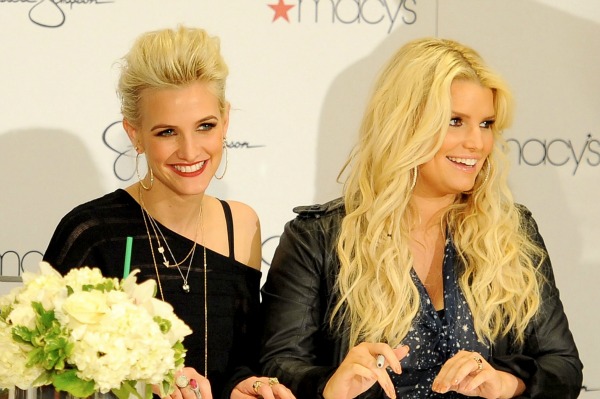 Jessica Simpson is ready to show the world how hard she’s been working in the last few months, not only with her clothing line, but on her post-baby body. The fashion designer showed off a 60-pound weight loss this weekend in Tampa Bay, Florida to promote the Jessica Simpson Fashion Line.

The Fashion Star judge showed up on the red carpet wearing a comfortable pair of ripped jeans, print top, and a bright pink jacket on the red carpet. Simpson has waged a very public Weight Watchers campaign to help lose the baby weight she gained with her daughter, Maxwell Drew.

It is rumored that the weight loss company is paying the fashion designer $4 million to take the weight off. Her first commercial only showed her face after she struggled to take the initial pounds off.

In Hollywood, where many stars magically appear to drop weight instantly, Simpson admitted to USA Today, “My body is not bouncing back like a supermodel. I’m just your everyday woman who is trying to feel good and be healthy for her daughter, her fiance and herself.”

Earlier in the week, she talked about shooting her latest Weight Watchers commercial which should debut during the holiday season.

Simpson tweeted, “That’s a wrap on the @weightwatchers commercial!” and then displayed a photo of herself looking fit in black leggings, a short black peplum dress, and her signature high heels.

Simpson is engaged to former NFL player Eric Johnson. She is expected to return to the judges table when Fashion Star returns to NBC this winter.