Photos of Mary-Kate Olsen with her much-older boyfriend Olivier Sarkozy have surfaced in gossip columns, and they’re giving people the creeps. He’s 42, she’s 26, and the age difference is glaring. 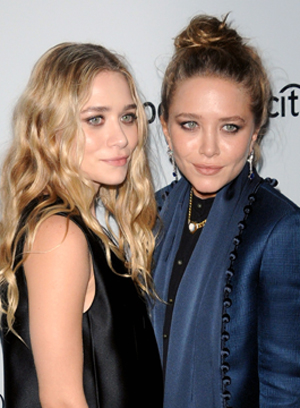 Photos of Mary-Kate Olsen with her much-older boyfriend Olivier Sarkozy have surfaced in gossip columns, and they’re giving people the creeps.

Mary-Kate, it should be said, is 26 and an adult of legal age, able to make her own decisions about who she dates.

But ugh, do the pics of them published in Us Weekly ever look odd.

Mary-Kate gets political with new boyfriend >>

First of all, Olivier Sarkozy, half-brother of former French president Nicolas Sarkozy, is no hale-and-hearty Hollywood type with Botox and a dye job that make him look years younger than his calendar age.

The guy’s grizzled and graying and easily looks like Olsen’s dad next to her, particularly since she’s so petite she barely reaches to his shoulder. “Olivier Sarkozy Towers Over Mary-Kate Olsen During NYC Lunch Date,” summed up Us.

Next to the hulking Sarkozy, Olsen looks like a tiny Cabbage Patch doll he could pick up and crush in his big bear hands.

Nonetheless, it’s interesting to see Olsen in some pose other than with her cheek squashed up to her almost-identical twin sister’s like they’re starring in a Diane Arbus photo of conjoined twins.

The perpetually glum direct-to-video movie star and fashion designer looks almost happy in the photos taken of her and Sarkozy in the East Village and at a New York Knicks game at Madison Square Garden.

“They are madly in love!” a source told Us Weekly, which also reported that Sarkozy and Olsen had moved into a $6.25 million townhouse in the East Village together.

Actresses turned designers: Do you buy it? >>

Nonetheless, commenters on a New York Magazine blog post about the couple were blunt: “I’m officially creeped out,” said one, while another said, “I guess age really does matter when one of you looks more like a parent than a boyfriend.”

Read more about the Olsen sisters