Kim Kardashian has weighed in on the conflict between Israel and Palestine in Gaza and surprise, surprise, she stepped in it again. 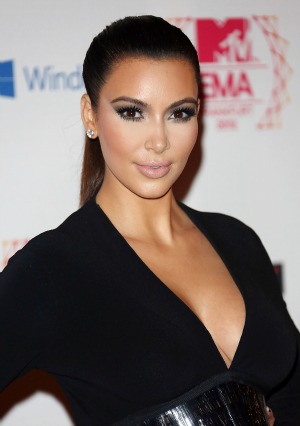 Reality star turned psuedo political commentator Kim Kardashian is on the hook for what some say were insensitive and uneducated comments about the conflict between Israel and Palestine.

Kanye’s girlfriend tweeted her well-meaning missive Friday as Hamas rockets were aimed at Jerusalem, writing, “Praying for everyone in Israel.”

After being inundated with messages from fellow tweeps calling her out for being insensitive to the plight of the Palestinians, she later added, “Praying for everyone in Palestine and across the world!” but later deleted both statements.

In a message on her blog, Kardashian apologized for offending anyone and explained that she prayed for everyone in the entire world to be safe.

“I want to own up to and explain that earlier today I sent out two tweets about saying prayers for the people in Palestine and Israel and after hearing from my followers, I decided to take down the tweets because I realized that some people were offended and hurt by what I said, and for that I apologize.”

“I should have pointed out my intentions behind these tweets when I posted them. The fact is that regardless of religion and political beliefs, there are countless innocent people involved who didn’t choose this, and I pray for all of them and also for a resolution.”

“I also pray for all the other people around the world who are caught in similar crossfires.”