The 40th anniversary of the American Music Awards was hyped to the point that must have put an inordinate amount of pressure on the producers and performers. So did it deliver? Abso-frickin-lutely. Here are a few moments that will likely appear in the next AMAs anniversary celebration… 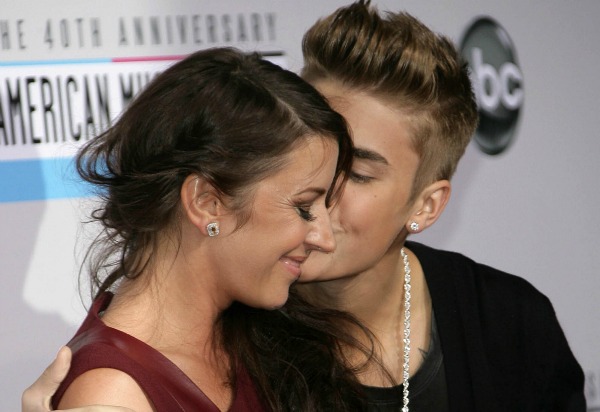 I’m usually the first one to take a cheap shot at the Biebs, much to the annoyance of his fans (my daughter included). But you know, after watching him on the AMAs, I get it. He sang his first song with nothing more than an acoustic guitar to accompany him, he sang live, and he sounded great. Then he rocked his trademark dancing/singing routine with all the smoke and mirrors we’ve come to expect from JB. Jenny McCarthy snacked on the Bieb’s neck when he accepted an award for Favorite Rock/Pop album and he brought his mother on stage when he accepted the award for artist of the year. Kind of made me want to squeeze his cheeks (on his face) and make him an after-school snack. I don’t exactly have Bieb-fever, but I am warming to the idea…

I must be the only person who is wondering, “How is this woman qualified to judge talent on American Idol?” Minaj does what she does well, but I’m not sure I follow the popularity that is tied to this artist. Her AMA appearances didn’t do much to help me turn the corner. Her “live” performance looked an awful lot like a lip-synced performance where on several occasions she tried, and failed, to hide behind her pink wig (things start to get interesting about 2:12 in this clip). The snow-covered set was cool, but when Nicki turned around, she revealed a layer beneath her booty-shorts… was it a butt pad? Spanx? Was it done on purpose? When accepting her Favorite Rap/Hip-hop Artist award, Minaj fidgeted with her hair so much that all I could think of was Mike Myers on SNL’s Coffee Talk and then she thanked her hairdresser! A musician thanking her hairdresser? Poor Dick Clark must have been rolling in his grave.

We’re going to go right ahead and take credit for Christina’s successful live performance (I am, of course, joking. Kind of.) We begged that her hair extensions reflect her superstar status, that she not forget the lyrics, and that she not wear a catsuit. Xtina’s hair looked amazing (Yes, I see the irony of mocking one artist for hair reference and making such a big deal out of it with another.) and her outfits were not pleather sausage casings. The design she wore in her opening performance draped in all the right places. The second costume may have made us focus on Xtina’s hips a bit much, but she’s embracing being a bit heavy, so we high-five her for that. Vocally, she brought the goods and we are once again proud to be Xtina fans.

When did blatant commercialism become a part of the AMAs? I guess I missed that. An award sponsored by Old Navy? Award winners appearing on Samsung Galaxy phones? Cadillacs appearing behind Carrie Underwood during her performance? (Yes, I know her song is about Cadillacs, but given the commercial aspect of the AMAs, it was suspect.) There is something about this that cheapens the feel of an awards show. I know the producers have to pay the lighting bill, but it’s reminiscent of the sponsored shirts little kids wear when they play soccer or T-ball. Where does it stop? Will Nicki Minaj step out on stage next year in a Pepsi can? Will Rihanna use a microphone shaped like one of her perfume bottles? There has to be a better (or at least more subtle) way.