Two more bite the dust. ABC has given 666 Park Avenue and Last Resort the boot. Despite their stellar casts, the ratings were in a free fall and a decision had to be made.

Related story 666 Park Avenue recap: A journey into the past 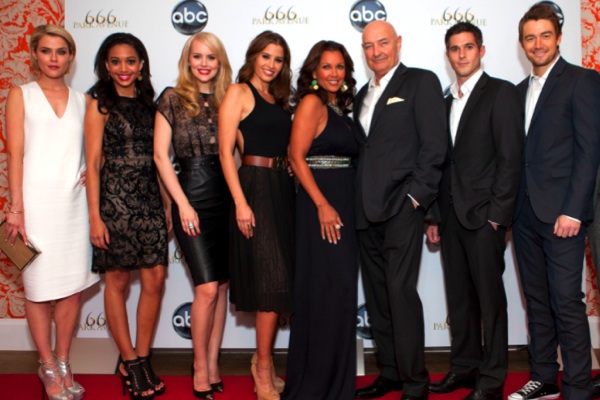 ABC has killed off two of its most promising dramas: Last Resort and 666 Park Avenue. Friday, the network confirmed the double dose of death, which has left fans reeling.

Both shows were ambitious, to say the least. Unfortunately, they never gained the proper footing. Neither was a ratings giant, which essentially put them on the chopping block. According to EW, ABC plans to give each show a proper burial. That means they’ll air the remaining episodes in their entirety.

Everything you need to know about ABC’s Last Resort >>

But don’t expect a full season run. Only 13 episodes were ordered for both shows. After that, 666 Park Avenue and Last Resort are officially done. Each week, it seemed as if 666 Park Avenue experienced a ratings drop. Last Sunday’s episode brought in a mere 4 million viewers.

As for Last Resort, it may not have been the most popular, but critics loved it. We mean they really loved it. It was the latest masterpiece from creator Shawn Ryan, who’s best known for the TV classic, The Shield. Out of all the cancellations this season, Last Resort’s is the most polarizing.

Even though the forecast looks grim, there’s still hope. If ABC’s midseason replacements bomb, either show could return. Look at what happened to Unforgettable. CBS pulled the plug after one season, then revived it as a summer drama.

To a certain extent, The Killing was dealt a similar hand. After AMC canceled the series, Netflix came to its rescue. Now Season 3 is on the horizon with the main actors still in play. Keep hope alive.

Are you shocked by ABC’s decision to cancel both shows?