We break down the hottest — and weirdest — performances and moments at the 2012 American Music Awards. 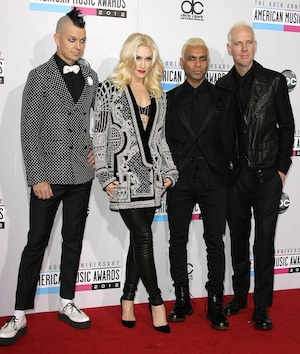 The 40th American Music Awards are over and the show proved to be fairly entertaining with no major wardrobe malfunctions or shocking moments to gasp over — sadly, for those of us covering the event. However, there were several, well, awkward moments and a few shining ones that left us all nostalgic and giddy.

Dear Taylor Swift: Please get over your long-lost princess act >>

Take a casual read on to find out some of the best highlights of the 2012 American Music Awards. We’ve included a video to give you the full visual on what you missed at the AMAs.

Kelly Clarkson put on a very creative performance that showcased her greatest hits. (Yes, Kelly Clarkson is releasing her greatest hits album; I’m old). The performance started off with her singing to American Idol-like judges and then moved into a rock ‘n’ roll pillow fight. Clarkson sounded and looked great, and the audience standing and singing — including a camera pan on Glee‘s Heather Morris — made me reminisce about all the breakups and life drama Kelly Clarkson pulled me through before Adele.

No Doubt tries to stay relevant

No Doubt returned from a very long break to perform at the 2012 American Music Awards. To much dismay, however, the performance was seriously disappointing. I could barely understand Gwen Stefani (although she looked fantastic!) and her stage presence just felt awkward. Even the weird smiles between the band members read something like, “What are we doing here, guys?” 1990s fail.

Envelopes are so old you guys, like archaic. The new way to announce winners of awards is to awkwardly show their names on a smartphone in order to drum up visibility for a product. Geez, I wonder how much it cost Samsung to persuade American Music Awards’ producers to go for the idea. I’m not saying envelopes can’t be replaced, but presenters just seemed unsure of how to handle to delivery of the winner announcement.

So Nicki Minaj and Justin Bieber performed together at the American Music Awards for the last half of his performance. If you watch the above video, keep an eye out around 5:53. It was a bit odd, since she only sang one line and attempted to gyrate on Bieber during her part. Awkward much? Afterward, she was gone. Weird.

Did a heartbroken Justin Bieber serenade Selena Gomez during the AMAs? >>

Justin Bieber took home Artist of the Year at the 2012 American Music Awards. Bieber brought his mom on stage and genuinely thanked her as he graciously accepted his award going three for three at the AMAs.

Tell us: What were your favorite moments of the 2012 American Music Awards?