Who won big at Sunday night’s American Music Awards? Here’s a hint: There were no shockers this year. 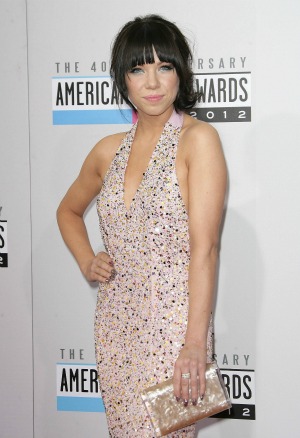 If you could use two words to describe the winners at the 2012 American Music Awards, they would be: “no surprises.” There really were no big shockers at this year’s show.

Justin Bieber is one of the biggest artists in the country right now, so no one blinked when he was nominated for three awards: Favorite Rock/Pop Album, Favorite Pop/Rock Male Artist, and Artist of the Year. And, no surprise, he won all three. Bieber seemed speechless when he got up to accept the third award, and thanked his mother and “everyone.”

“It’s hard growing up, with everything going on and everyone watching you,” he said during his acceptance speech, alluding to his current personal life. “But as long as you still believe in me, I will always make you proud. I love you.”

Bieber was up against Maroon 5, Drake, Katy Perry and Rihanna for the biggest award of the night.

Taylor Swift has the No. 1 album in the country right now, but was only up for one award. This is because her album wasn’t released in the year necessary for the awards, but she is eligible for Favorite Female Country Artist, which was her one nomination. She won that one over Carrie Underwood and Miranda Lambert.

However, Carrie Underwood took home Favorite Country Album for Blown Away. During her acceptance, the American Music Awards announcer said the win means she has won the award for every album she has put out.

Carly Rae Jepsen was up against stiff competition for New Artist of the Year. J. Cole, fun., Gotye and One Direction were all up against the “Call Me Maybe” singer for the award. Because of the competition, that one could perhaps be called the biggest surprise of the night (even though it’s really no surprise at all).