Whether it’s praise, ridicule, congratulations, or celebration, fans and artists take to social media to express their thoughts about the 2012 American Music Awards. 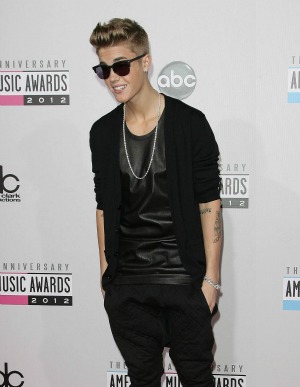 With the American Music Awards delayed by an hour in many areas of the country, many took to Twitter to learn the results before they saw them, or just to see what others thought of the winners and performances.

One common theme on the American Music Awards stream on Twitter was (no surprise) Justin Bieber. The singer won all three awards he was nominated for, including Artist of the Year.

Twitter user @kidrauhlCookie wrote, “I am speechless myself. Justin is only eighteen years old and he’s already won seven AMAs, plus ARTIST OF THE YEAR. Wow.”

New Artist of the Year winner Carly Rae Jepsen (and former tour-mate) also tweeted to Bieber to congratulate him.

Other celebrities were tweeting about the awards also. Ellen DeGeneres sent a tweet to singer Pink about her dance performance at the awards.

“I love @Pink!” she tweeted. “That performance was incredible. #AMAs”

Others took the opportunity on Twitter to support their favorite artists, while showing their personalities. Twitter user @FrankieJGrande sent a message out to the social media world, wondering if he would be seeing his favorite band on the AMAs.

“So the #AMAs are over & @onedirecton hasn’t performed yet… I’m confused,” Grande tweeted. “I think ill just keep watching ABC until they do… Must be soon.”

Maroon 5 fan @jamesbvalentine tweeted about his thankfulness that people were tweeting results, since he wasn’t able to watch the awards show (because of more pressing matters).

“Oh cool thanks #AMAs !” Valentine tweeted. “Just got off the plane from LAX and I’m not watching yet because I stopped to get tacos…”

ABC pulled down its live stream just after the red carpet show and pushed people to watch the show on an actual TV. But with the world of social media, the network might have a better chance at getting people to watch if they are able to do it online. Otherwise, it’s possible they will choose tacos over TV, and opt to get their information from Twitter.