Justin Bieber gave a heartfelt performance of “As Long As You Love Me” on Sunday night’s 2012 American Music Awards. 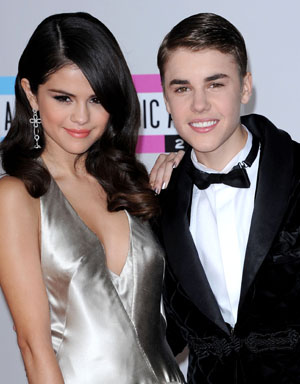 Unless you live under a rock, you know Justin Bieber and Selena Gomez totally broke up like five times this past week.

The end of their rocky relationship ended up with Gomez’s disappearance from the 2012 American Music Awards.

When it came time for Justin Bieber to perform at the AMAs, he left little to the imagination and seemed to sing directly to (ex-girlfriend?) Selena Gomez with an acoustic version of his “As Long You Love Me” hit single.

The performance included Bieber rapping Big Sean’s part and getting what seemed to be super-emotional with a cracky voice. While the performance picked up after he finished singing “As Long As You Love Me,” the sad-looking Bieber makes us wonder if the song was meant to be an apologetic act toward Gomez.

Overall, Justin Bieber’s AMA performance was great — except for an awkward grinding moment with Nicki Minaj.

Watch Justin Bieber’s 2012 American Music Awards performance below and tell us what you think.