Kidnapping reminiscent of a Hostel or SAW movie? Relax, there’s no gore in this music video, but between the partying and the breathtaking views of the French Riviera, there may be more of a plot line than you’d imagine. 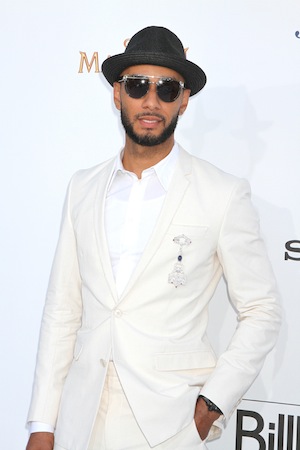 I was looking forward to seeing how Mr. Alicia Keys (Swizz Beatz) behaves when he goes partying, and as far as relativity goes, he fares much better than Chris Brown or Ludacris do in the music video premiere for “Everyday Birthday.”

With lyrics such as “dance like a white girl,” I wanted to watch the video to see what exactly that entailed. Rather than getting an answer, I just noticed a lot more arms flailing, accompanied by the standard hip gyrations. I like what the song tries to do, though — who wouldn’t like celebrating every day like it’s your birthday? It’s the revised YOLO 2.0.

Well, I’m glad they tried to interject a story along with the stereotypical club scenes. Although filmed in the French Riviera, the party scenes looked more like Miami to me (just saying). The location (Cannes) made certain scenes in the video nearly breathtaking and added to why this is a must-see. The famous Chris Brown may have had a little added incentive to contribute, since Rihanna was also in the same area during filming (oh, brother— do these two ever quit?).

Well consider me tickled by the prospect of a plot line in a party video. Also featured are several attractive women who capture both Ludacris and Brown and take them to separate, desolate locations. Suddenly, you get the sense that this could take a turn for the worse Hostel/SAW-style. Although both don’t sound all that worried, they claim that the women are crazy (if she’s crazy, why are you sleeping with her, Chris?). Not much progress happens with figuring out what makes them lunatics, because all the landscape shots and dancing scenes are interspersed. The final scene with Ludacris is a surprise (that I must ruin): he gets slapped in the face with a belt! Then we’re teased with a “to be continued…” Guess we have to wait for Part 2.

You have to watch the shenanigans unfold — and I don’t just mean Chris Brown’s horrendous acting. Or at the very least, watch it to escape into the waters of France while we prepare for blustery winter weather over here. Let us know what you think of it!

For more editor’s picks, check out