The singer shares her life with the world through her music. So what do the guys think who have become the subject of her songs? 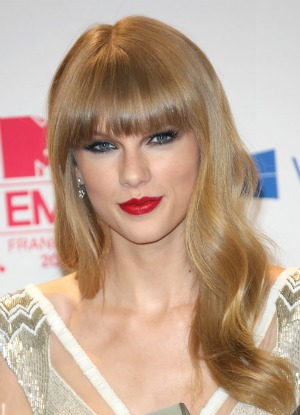 Taylor Swift’s love life has become a much-talked about issue in the industry, especially at a time like now, when she releases new music. And it begs the question, “Why don’t her boyfriends learn the lesson that she will share their relationship with the world?” But for Swift, she said it’s not an issue when the relationship is going fine.

“The only time that has ever crossed someone’s mind was when we were in the process of breaking up,” she said in an interview with Susan Dominus in the New York Times. “Of course I was like, ‘Oh, don’t worry, I won’t.’ And then I did.”

The 22-year-old said it’s not something that’s ever said out loud, but guys should know it’s going to happen if they decide to date her. But they should also expect something good coming out of it.

One thing the singer won’t do, though, is talk about who she’s writing about (even if she uses the guy’s name, making it obvious, like in “Dear John”). She is asked if “We Are Never Ever Getting Back Together” is about Jake Gyllenhaal, because there are hints that it is.

“I don’t talk about who it is specifically because these are real people,” she said. “You try to give insight as to where you were coming from as a writer without completely throwing somebody under the bus.”

The singer is doing just fine alone, though. Her album Red is the number-one album in the country for the third week in a row, selling 196,000 copies this week. And while Swift said she may still be in the industry for a long time, she’s not sure at what level she’ll be doing it.

“I don’t know if I could do this with the same energy, and in the same way — all the costume changes and glitter and hair and makeup all the time,” she told Dominus. “When I’m in my 50s, I kind of think I’ll want to be in a garden.”